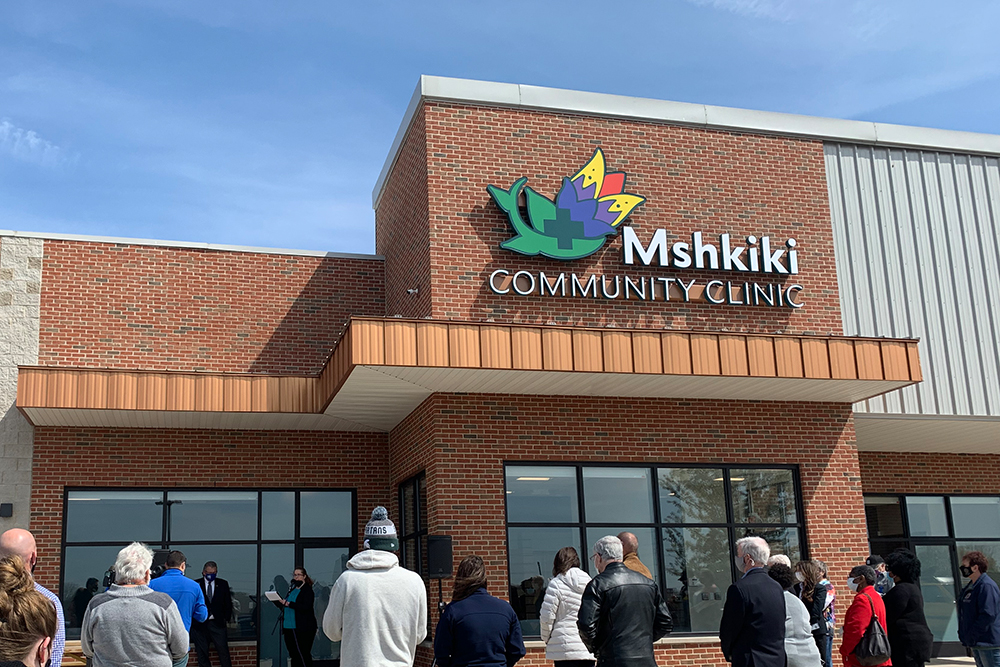 BENTON HARBOR, Mich. — The Pokagon Band of Potawatomi finished construction this week on a clinic that will serve the low-income and Medicaid-eligible Native and non-Native residents in Southwest Michigan.

The tribe opened the clinic to address the disparities made evident by the COVID-19 pandemic, which studies show has disproportionately affected Native Americans more than any other group in the U.S.

“We wanted to help address health disparities and minority groups, because we saw how the pandemic affected Native Americans as well as other minorities,”  said Priscilla Gatties, director for Pokagon Band of Potawatomi’s Department of Health Services. “Providing access for Medicaid individuals to primary care and dental services is definitely key. We don’t have a lot of choice in the area.”

In Michigan, single adults earning $16,000 or less, or a family of four earning $33,000 or less, qualify for Medicaid. At the tribe’s main health care facility in Dowagiac, Mich. servicing about 2,500 predominantly Native patients, 20 percent are on Medicaid, Gatties told Tribal Business News.

Because Mshkiki Community Clinic is a tribal health clinic, it can offer services to anyone regardless of tribal enrollment, and it is not required to charge copays for Medicaid patients.

The benefit is twofold: Non-Native Medicaid patients will be able to seek health and dental services for free, and the clinic will generate the majority of its revenue from the State of Michigan by billing for Medicaid patients.

Although the clinic is primarily focused on individuals enrolled in Medicaid, it also will accept private insurance, according to Gatties.

The $2.4 million construction project was 90 percent funded through tribal government funds. The remaining cost was covered by the tribe’s CARES Act funding.

The clinic is slated for opening sometime in the next month once its employment positions are filled, Gatties said.