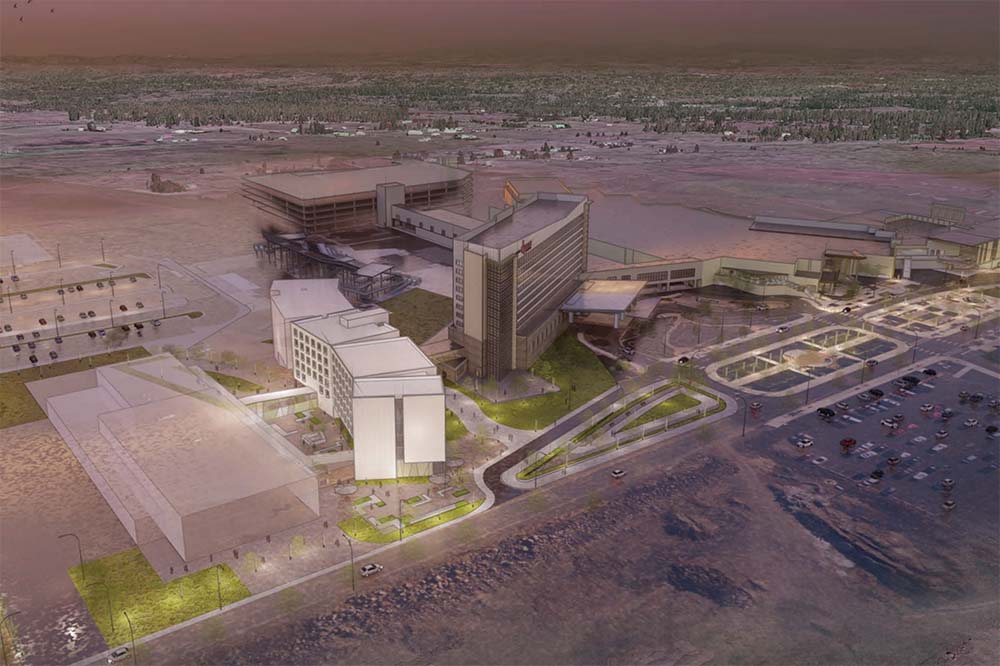 AIRWAY HEIGHTS, Wash. — The Kalispel Tribe plans to add significant capacity to its four-diamond hotel as part of an expansion project at the Northern Quest Resort & Casino.

The new hotel wing will add 190 rooms to the property, bringing the facility capacity to more than 440 rooms, the tribe announced this week.

Based in Airway Heights in eastern Washington, about 8 miles west of Spokane, Northern Quest first opened in 2000.

General Manager Nick Pierre said Northern Quest continues to “weather the storm” in 2020 as it looks to the future with this expansion project.

“For the past several years, we’ve been running at consistently high occupancy in our hotel,” Pierre said in a statement. “And while meetings and events business has taken a big hit in the past eight months, we are confident things will bounce back in the coming months and years, returning us to the kind of demand we were seeing in 2019 and early 2020.”

The tribe had planned to announce the expansion in March, but the COVID-19 pandemic caused Northern Quest to delay the plans a few months, Pierre said, noting the enterprise is moving forward “with an eye on maintaining our excellent reputation as an entertainment destination in Eastern Washington.” The tribe now expects to break ground on the expansion in March 2021.

For the new 160,000-square-foot wing featuring five connected buildings, the Kalispel Tribe worked with Spokane, Wash.-based Integrus Architecture for a design inspired by Native American fish weirs. The new wing will connect to the existing hotel tower by a skywalk.

Julie Holland, director of public relations and communications for the Kalispel Tribal Economic Authority, told Tribal Business News the tribe is still completing the architectural design work and selecting interior finishes and could not provide an accurate cost estimate for the project.

“We can confidently say we will maintain our four-diamond, four-star standards and guests can expect the hotel rooms to be of the high quality they’ve come to expect at Northern Quest,” Holland said in an email.

The Kalispel Tribe targets completion in early 2023 for the project, which is projected to support 150 permanent new jobs at the property, as well as “hundreds” of construction positions while it’s being built.

Eventually, the tribe would consider adding a 30,000-square-foot conference at the property if it determines that the demand exists, according to a statement. Every addition is aimed at creating the “ultimate destination resort,” Pierre stated.

The Kalispel Tribe owns 40 acres of property at the casino and resort facility in Airway Heights, according to its website.

The expansion comes during a tenuous time for the hospitality industry, which has been rocked by the COVID-19 pandemic that has caused a slump in business and leisure travel. Hospitality analytics firm STR, a division of CoStar Group, reported hotel occupancy was 48.3 percent in October, a decline of more than 30 percent from a year ago. Occupancy continued to slide in early November to its lowest point since mid June of this year, according to STR.

Meanwhile, a recent survey from the American Hotel and Lodging Association found that 72 percent of Americans did not expect to travel for the traditionally busy Thanksgiving holiday. The trade group said it could be until 2023 when business and group travel again reach peak levels set in 2019.

Phil Haugen, COO of the Kalispel Tribal Economic Authority, cited the tribe’s willingness to make strategic investments “when others are putting projects on hold.” That includes the project that added the original hotel at Northern Quest in the middle of the Great Recession in 2008.

“We are proud to say that project proved to be a huge success for the Tribe,” Haugen said in a statement. “The hotel became the foundation for continued resort expansion, creating world class entertainment options for the Spokane region.”