MINNEAPOLIS, Minn. — The Minnesota-based Shakopee Mdewakanton Sioux Community (SMSC) on Monday bought a stake in a national engineering firm, a move to diversify the tribal economy from its traditional ventures in the gaming and hospitality industries. 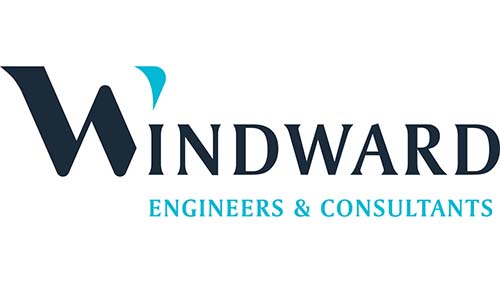 “Windward is the first non-reservation based business outside of hospitality and gaming,” tribal Secretary and Treasurer Rebecca Crooks-Stratton told Tribal Business News. “The highlight is that it’s a diversification of our tribal economy.”

In addition to the tribe, Minneapolis-based architecture and design firm Nelson Worldwide LLC also continues to hold a stake in Windward. It first acquired the company in 2013, when it was then known as Brinjac Engineering.

Nelson and Booth approached SMSC two years ago with a proposal to invest in the firm, Crooks-Stratton said.

With the deal, the tribe owns 47 percent of the firm, Nelson another 47 percent, and Booth holds 6 percent. As well, Crooks-Stratton will now serve as the chair of Windward’s new board of directors.

“We feel a deep sense of gratitude and obligation to help all communities improve their built environment,” Nelson said in a statement. “Now that we are working with the SMSC, we will have an enhanced ability to work with Native communities and open career opportunities to a wider share of our country’s talented, young and diverse engineers.”

The tribe would not disclose financials or expected return on investment. However, Crooks-Stratton characterized the tribe’s investment in Windward Engineers as exceeding $1 million. The tribe was advised on the deal by the law firm of Faegre Drinker Biddle & Reath LLP.

Crooks-Stratton said a working group of tribal community members reviewed the investment proposal, which was later approved by the tribe’s General Council. She added that since Indian Country isn’t able to levy taxes in the same way other communities do, “investments are crucial in us being able to provide services to our members, now and in the future.”

Currently, Shakopee Mdewakanton Sioux Community’s other major holdings include Mystic Lake and Little Six casinos, and the J.W. Marriott Hotel at the Mall of America. The tribe, which claims an annual payroll of nearly $177 million, also operates various family entertainment centers and recreation-based businesses, as well as a natural food store.

Windward Engineering & Consulting is currently certified as an Minority Business Enterprise (MBE), but Crooks-Stratton said it’s undecided if the partners will seek any additional 8(a) designation from the U.S. Small Business Administration aimed at leveling the playing field for small businesses owned by “socially and economically disadvantaged people or entities.”

“It’s definitely a consideration, but not currently a priority,” she said.

Under the new ownership structure, the firm plans to target growth across the country to complement its entry over the past year into the Southeast, Texas and West Coast markets. Windward also expects to add capabilities in “integrated infrastructure that supports WiFi, access control and room designation systems for modern workplaces,” according to a statement.

In addition to economic diversification, Crooks-Stratton said the new business venture will hopefully create jobs for tribal members in an industry that struggles to attract Native Americans.

To that end, the National Action Council for Minorities in Engineering (NACME), in its most recent report from 2014, found American Indians and Alaska Natives were underrepresented in engineering careers, making up 0.3 percent of the engineering workforce.

“We hope to utilize this not only as an investment and revenue opportunity, but something that can help Indian Country as a whole and develop career pathways,” Crooks-Stratton said. “We look to provide for our community members seven generations ahead. This is an important piece in ensuring we can continue to do that.”