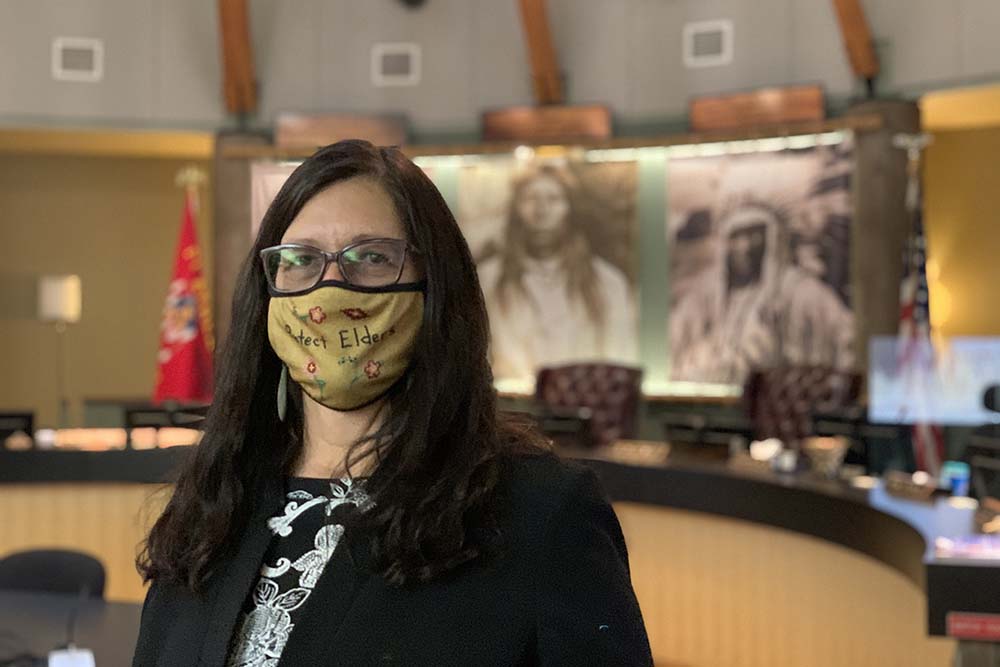 The governor-appointed body, established in 1999 by the state of Montana, focuses on funding, assessment and partnerships between the state and its eight federally recognized tribes, with a goal of encouraging Native entrepreneurship and improving the tribal economy through business expansion, access to capital, manufacturing, tourism, agriculture and community development.

Fyant acknowledges that “prosperous” has a different definition for each tribe, and she wants to help tribes individually with their goals of creating a prosperous community.

As chair of the commission, Fyant wants to work with tribes in a collaborative effort and help them pursue their goals for economic development. To that end, the State Tribal Economic Development Commission has been looking to expand funding resources to help tribal nations and individuals. The commission also hopes to conduct a forum for economic development opportunities for tribes.

Fyant plans to create an organized inventory of partnerships and have a strategy for those select partners and alliances to provide resources for tribal nations in Montana. She points to advice from Osterman, who attended strategic planning meetings and encouraged the commission to “think outside the box and be creative.”

The steps come after the commission in June participated in a strategic planning process to return its efforts to its original purpose and regain its focus, according to Fyant.

Fyant said the commission is continually focused on gauging its effectiveness in providing funding, assessing the economic conditions on the reservations, and identifying key partnerships and alliances.

Two commissioners are preparing for a comprehensive assessment of the commission’s work. Fyant then will report the findings to the state Legislature and work to coordinate with tribes.

In her tribal government role, Fyant said she is focusing on seven resolutions to improve the Confederated Salish and Kootenai Tribes. One would provide educational resources and job opportunities for every tribal member of CSKT. Another resolution is fostering business ownership among the tribal members.

“We have quite a diverse population and we’re trying to provide those different opportunities,” Fyant said. “We think that economic development and entrepreneurship is really important and a healthy tribal economy isn’t one with only tribal businesses and corporations but also consists of tribal member businesses.”