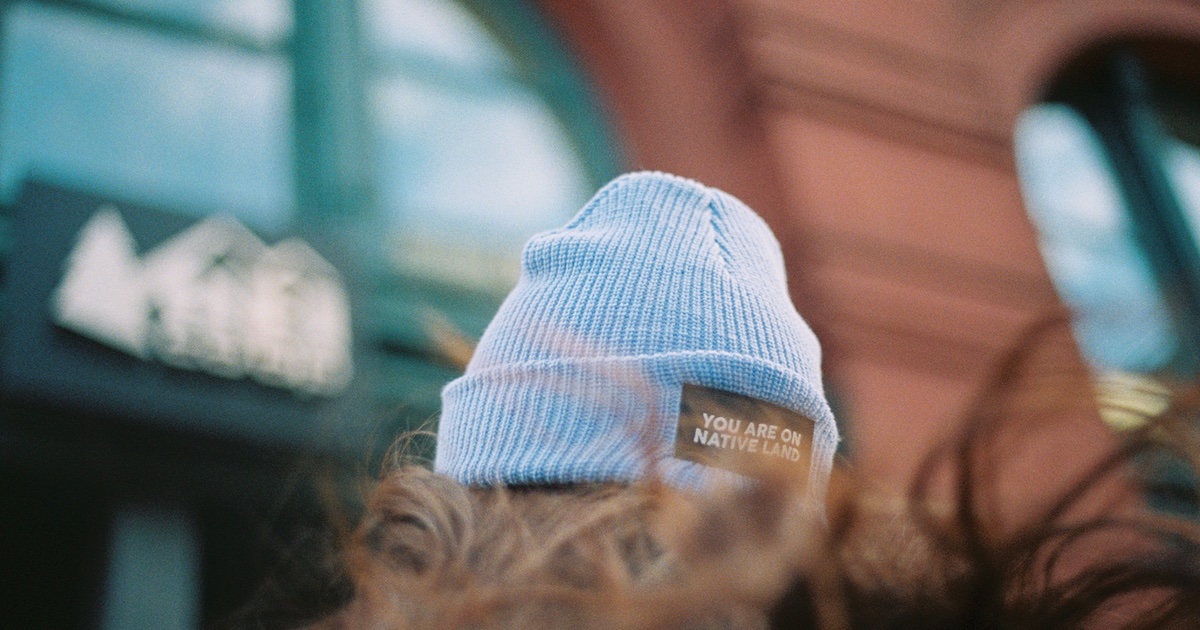 Seattle-based retailer Recreational Equipment Inc. (REI) wanted to schedule a meeting with Montoya to discuss bringing in Urban Native Era products, specifically the company’s “You Are On Native Land” hats.

Montoya (Lipan Apache Band of Texas) said he was intrigued by the prospect of Urban Native Era doing business with the outdoor retailer, but he didn’t get his hopes up. 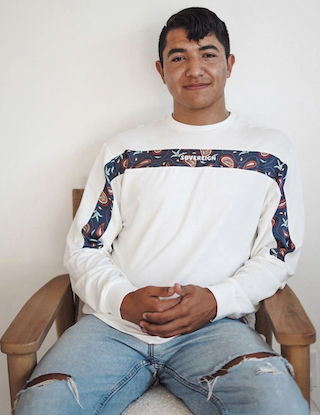 Joey Montoya, founder and CEO of Urban Native Era. (Courtesy photo)“I’ve learned from these many years to not get excited about anything until it’s actually there, happening or post release,” said Montoya, who founded Urban Native Era in 2012.

As it turns out, Karrin Sporer, a category merchandise manager at REI, was a fan of Urban Native Era’s products and wanted to find a way for the retailer to support the company’s growth and its Indigenous messaging.

The two companies corresponded and found common ground, which resulted in the recent placement of Urban Native Era’s hats in 40 REI stores across the country. The first shipment to REI was the largest order Urban Native Era has made in one production line, Montoya said.

He even visited REI on “opening weekend” to see his products in person, and also caught glimpses of them via his friends’ social media posts.

“It’s definitely an amazing moment for the brand overall and it definitely felt so good to actually see it in stores,” Montoya told Tribal Business News.

According to Sporer, REI has received an enormous response to Urban Native Era and plans to push for the company’s products to receive placement in all REI stores next month.

“This is one of the most successful brand launches I have seen in my department at REI,” Sporer said in an email. “We’ve been working with them only a few months and they truly have made me feel a part of the mission, community and family.”

For REI, the partnership with Urban Native Era comes as part of the retailer’s commitment to adding a minimum of 200 new brands owned or led by people of color by 2023 to increase representation to more than 15 percent of all brands sold at REI.

“The Indigenous community is underrepresented in the outdoor industry, and adding this brand to the assortment was an important step toward our greater goal of adding more BIPOC (Black, Indigenous and People of Color) run brands into our greater assortment,” Sporer said.

A need to create awareness about Indigenous issues and Indigenous people in general served as the initial spark for Montoya to create Urban Native Era in 2012.

At the time, he was posting photos and videos of the Idle No More rallies and round dances intended to show support for the First Nations people in Canada who were fighting for stronger environmental protection laws and safety. Sharing stores from the movement served as an inspiration for Montoya, who realized many people simply didn’t know about Indigenous concerns.

After graduating from San Jose State University with a degree in advertising, Montoya was traveling and working in photography and videography. Once he decided to pursue Urban Native Era, he moved to San Francisco and dedicated months of work to create the company and a framework for its success. The schedule was grueling: He started each morning at 4 a.m. to ensure he had time to focus on the business.

As an entrepreneur who didn’t study business, Montoya leveraged his experience of growing up and being immersed in the creativity of his family members who were artists, entrepreneurs and designers.

The focus on the business led to a monumental moment for Urban Native Era, which began to gain in popularity.

“I knew the brand was able to sustain itself and I just had to focus on it because at the time I was doing all these other things like photography, videography and I was traveling,” Montoya said. “But I knew if I just sat down and worked on it for months, I’d be able to set myself up for what’s to come.”

As Urban Native Era continued growing, Montoya formed a team and brought on employees. That growth offered another learning moment for Montoya because he had previously worked on Urban Native Era as a solo venture. He said he wanted to become a better leader, so he began reading books and listening to audiobooks about becoming an effective CEO.

Ultimately, the addition of Hud Oberly as Urban Native Era’s creative director paved the way for Montoya’s transformation into the role of CEO for the brand.

“Social media is where we started and I knew if we consistently posted or kept up with social media, it was just a matter of time that people would begin to see the brand,” Montoya said. “We started to see a huge growth of people supporting and a lot of outreach especially with TikTok and all those.”

With the growth of the company and the partnership with REI, Montoya and his team plan to have a retreat and assess the past year to reevaluate the direction of the brand moving forward. To prepare the company for continued growth and future projects, Urban Native Era also is expanding its team and looks to hire positions ranging from graphic designers to executive assistants.

It’s an exciting time for Native creators in the fashion industry and mainstream culture as more companies seek to increase representation, Montoya said. For other aspiring Native entrepreneurs, Montoya advises them to find their passion and let that fuel the hard work needed to achieve success.

“There’s going to be a lot of moments where you will think ‘should I continue or not,’ but what you’re passionate about will help you to move forward,” Montoya said.