PENDLETON, Ore. — Dave Tovey never quite grasped an economic lesson from one of his longtime mentors until recently in his career when he began to head up a Native community development financial institution for his tribe. 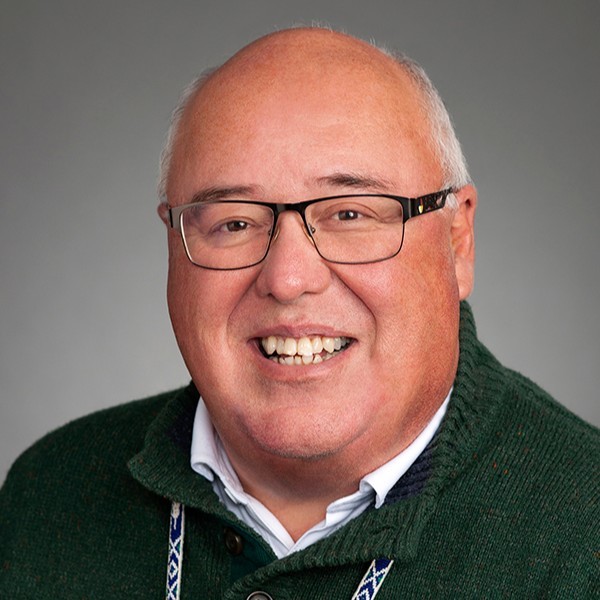 As a mentor to Tovey, Antone Minthorn told the up-and-coming tribal administrator and economic development leader: “Always remember the economy starts with the individual.”

At the time, Tovey was mostly pursuing larger economic development projects that resulted in the creation of numerous jobs and generated revenue for the tribes he served.

“It didn’t really click very well with me until I got into this role,” Tovey (Umatilla), the executive director of Nixyaawii Community Financial Services, told Tribal Business News.

“It’s a different angle on economic development, which is that the success of the individual results in the success of the community and the economy. It just makes all the sense that we should have been doing that,” he said. “We have stopgap programs to help people who are struggling, but this is one where we can give them the tools to elevate.”

After years of preparation and a business planning process, Nixyaawii Community Financial Services launched in February 2020, consolidating under one banner a decades-old tribal credit program that services nearly 60 percent of the tribe’s 3,000 members, an award-winning homeownership initiative and the tribe’s modest small business services.

The program had finally gained momentum, securing its 501(c)(3) designation from the IRS and all the final approvals from the tribe. It was up and running for a month until the world turned upside down.

“Then COVID hit and it froze us up,” Tovey said.

Tovey spoke with Tribal Business News about the early days of Nixyaawii Community Financial Services, his new board appointment at the Native CDFI Network, and the status of economic development in Indian Country.

With the COVID-19 pandemic outbreak hitting a month after Nixyaawii Community Financial Services opened, how did you react?

Even though we had authority over staff, everyone still had to work remotely, and had to do so up until July 1 when we moved into our new offices. But I can’t gripe too much about that. It was time well spent.

Even though we were almost frozen in terms of what we could do, I was able to secure a couple of grants and bring on a really top-notch Chief Financial Officer in Becky Cain. And for our tenant improvements in our office building, we were able to build in a lot of COVID protections. We have a drive-thru bank window and viral filters and air handling. We separated our conference room and reception area to where we could lock it down.

With the recent surge, we are locked down right now. All transactions are done through mail, electronic (methods) or our drive-thru window, and it’s working out OK. Only since July 1, we’ve all been in the same place and working together and getting processes dialed down and more efficient.

How did you focus on building a team in the early days of the organization when everyone was on lockdown?

Even though we had these independent units that were performing really well over the years, when you start bringing them together, people are still figuring out how to leverage each other’s skills. I tell them to take your time. As time goes on, you just figure out how a team works together. I said, ‘Don’t press it too much.’ We’re figuring out how to do it.

Did the pandemic expose anything to where you needed to make adjustments to your business plan?

I don’t know that it’s changed terribly much. Some things we know we need to do more of are some of those more hands-on direct services and individual coaching with folks. We do that well with our homeownership and small business (programs), but we’re always running into people on the borrowing side, our loan customers, who are having challenges. We want to help them. … We’re doing monthly budgeting classes for folks, basic sorts of things.

We have more of a focus on youth activities, and again, the pandemic really seized that up — our (youth) entrepreneur camps. In January of 2020, we had a financial literacy fair for our tribal school and Native American students in other school systems close by around us. It was pretty well received. Our board is really interested in that we serve our community and that we focus on our youth. That’s where the fundamental long-standing changes can occur, and we’re all on board with that.

How are clients doing now? Is the worst behind them?

It seems to be.

One of the weird aspects for us has been: We’re leveraging gaming dividends and those historically have been on a quarterly basis, around $200 or $250, which is not a lot, but it’s a nice little piece. During the pandemic, for whatever reason, in part maybe because there were no other entertainment activities open, Wildhorse, the tribe’s casino, is just doing gangbusters. So those dividends are coming in pretty large, which is a good thing for our community.

We make loans and we sometimes get a little overwhelmed around dividend time on a quarterly basis. They’re paying off their old loan and they’re wanting to come in and secure a new one. For a little while there, it was a bit of a challenge for us in keeping up that pace. I think we were looking at a three-week turnaround on transactions. That was a bit frustrating for folks who had become accustomed to shorter ones.

But any more, with electronic applications on our website and a couple of other internal processes we’ve done, we’ve dialed that down to where we’re keeping up really well.

What’s your sense of the the appetite for entrepreneurship among Native Americans in the current moment?

We’re seeing a lot of interest. (Business Services Manager Raven Manta) has a (small business startup) class going on right now. It’s usually after hours, but she reported to me that she had 21 people in the last class. It’s exciting to see that.

Historically, our small business client list is fairly small. Last year at the end of the year, we were seeing other tribes were using CARES Act funds for direct small business grants. We put together a proposal and the tribal government funded it to where we provided little grants between $5,000 and $10,000. It was a real simple application and we got those processed and out for folks by Christmastime. They were just really delighted because a lot of them were really struggling. We have a lot of artisans and people that are producing clothing lines and things at a fairly small scale. They were sure grateful to get that Christmas bump from us. We’re pitching right now to get another grant for this year.

And I think sometimes because we’re highlighting some of these small businesses: Indian Country is funny that way. Somebody gets a home or builds a business and they go, ‘I know that guy. I can’t believe that guy’s doing that. If he can do it, I can do that.’

With your recent appointment to the board of the Native CDFI Network, what do you hope to accomplish?

It just strikes me that we have to work so hard to raise capital. It’s either grant capital or we have to work with another funder where they’re wanting a little bit of a return on debt capital that we have to deploy quickly to ensure that we’re paying. The CDFI creation is a really cool thing, but I still think that the depository opportunities should be there.

You look at the settlement of the West. I look at my hometown. Your banker was your de facto economic development professional in the community. They knew where money was coming in and they could make sound investments and grow that community.

I’ve maintained for a lot of years that our own capital formation on reservations is the last frontier of economic development. You look at the factors of production, land, entrepreneurship and labor — we’ve made a lot of investment in those. But this thing with capital, we’re always going to be depending on someone else externally to make those investments for us to try to figure a way to recirculate it.

How does your background stand out with others in the Native CDFI sector?

I always say I’m a rookie. So many of my (Native CDFI) colleagues … were folks that started off with a good idea and didn’t have any capital, any operating revenue, existing staff and programs, and built their organizations. I was blessed by having all these assets and staff already. Those guys did it the tough way, and I get a little embarrassed that I did it the ‘easy’ way.

It’s been a fun ride. My career had been in tribal administration and economic development working for several tribes in the state of Oregon. This industry is just so unique. You’d think it would be similar to the economic development world, but it just has a different feel to it. Everyone is so welcoming, with not a lot of turf (battles). People are willing to share policies or practices or experiences.

So many of my colleagues aren’t from finance or from the typical disciplines in economic development or administration. They’re more activist kind of folks that have learned the skills of this and are still applying their principles of wanting to help their community into the work they do. Every day I’m learning from these folks.