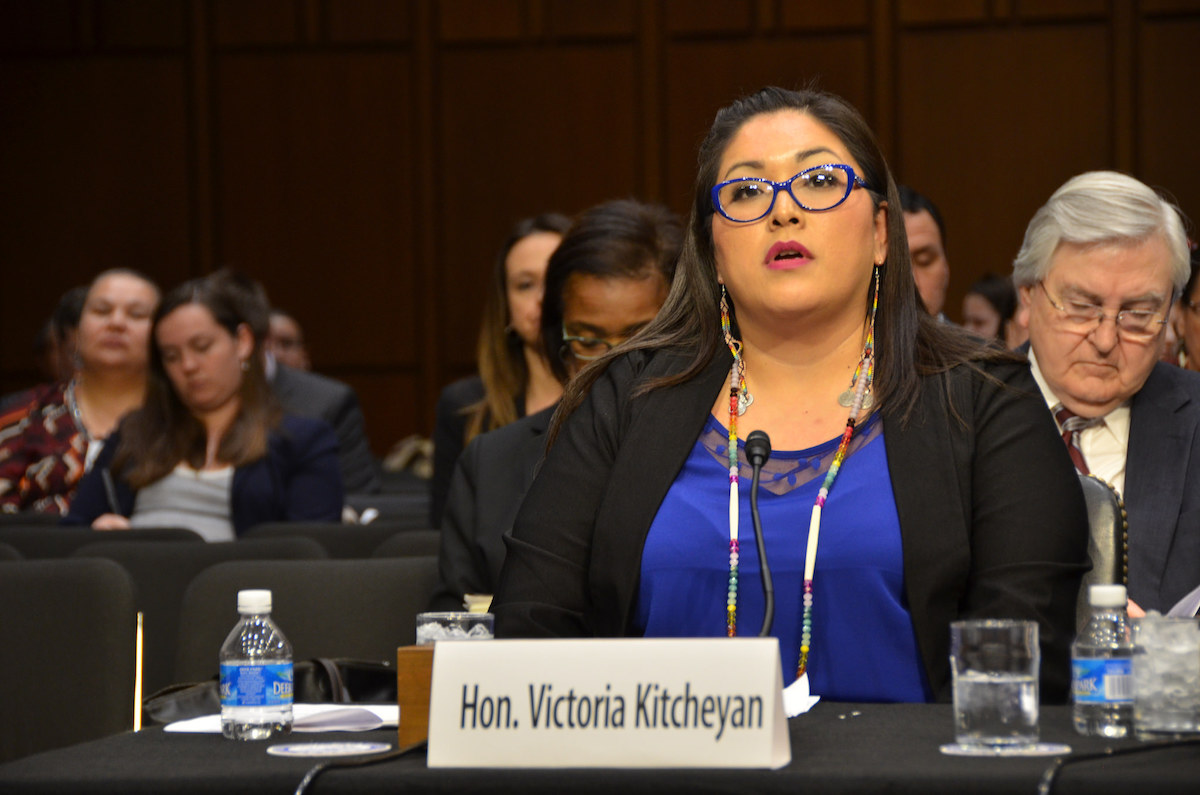 WASHINGTON — The Winnebago Tribe of Nebraska wants President Joe Biden to understand that the U.S. Department of the Treasury is potentially subverting tribal sovereignty via compliance rules related to tribal spending of pandemic relief funds.

The tribe, which received $61.6 million in American Rescue Plan Act (ARPA) funding according to USAspending.gov data compiled by Harvard University, sent a letter directly to the White House in late September detailing one of its compliance concerns.

The focus of the letter is a form that Treasury required tribes to sign to receive portions of the ARPA funds. The form, created by the U.S. Office of Management and Budget, is called “Title VI Assurances of Compliance with Civil Rights Requirements.”

Title VI of the federal Civil Rights Act of 1964 disallows programs and activities that receive federal funds to discriminate on the basis of race, color or national origin.

Tribes have long made the case that Title VI is not applicable to them since they are not specifically mentioned in the act, which they believe Congress would have done if it wanted the law to apply to them. Plus, tribes have their own sovereignty over such matters, including over Indian preference in hiring, environmental compliance issues, and in housing and other areas.

Tribes simply do not believe the law applies to them, even if they may agree with it and its principles.

Congress and legal opinions have backed up the tribes on that point. For instance, Congress has stated that Title VI and its requirements specifically do not apply to  actions by federally recognized tribes under the Native American Housing Assistance and Self Determination Act.

“Imposing this form on tribes, as a condition to receive current and future federal funding, violates our sovereignty,” Winnebago Tribe of Nebraska Chairwoman Victoria Kitcheyan wrote to Biden, copying several top leaders in the administration, including Treasury Secretary Janet Yellen, Secretary of the Interior Deb Haaland and Libby Washburn, who serves as special assistant to the president for Native affairs.

Kitcheyan argues in the letter that the form ends up requiring tribes to waive their sovereign immunity over all Title VI issues that may stem from their spending of ARPA funds related to the form.

Tribal sovereign immunity, under federal and Indian law, prevents tribes and tribal officials from being sued on a plethora of issues, including ones related to anti-discrimination clauses.

Tribes can waive their sovereign immunity, but that is a decision to be made by tribes and not  by the federal bureaucracy, according to tribal officials.

Kitcheyan told Tribal Business News that when Treasury required the Winnebago Tribe to fill out the form, the department in effect forced it and other tribes to waive their sovereign immunity and thus comply with Title VI in order to receive ARPA funding.

“Our goal is to have them rescind this form as a requirement to receive these funds,” Kitcheyan said. “If they don’t rescind the form, that’s something scarier than Halloween.”

Kitcheyan added that her tribe does not have a problem with Title VI. Rather, the problem is having tribes fill out the form in the first place, since they do not believe the Civil Rights Act applies to them because it does not expressly include tribes or tribal entities within its framework, she said.

Kitcheyan found Treasury’s consultations on ARPA funding to be useful, but she thinks it is “outrageous that never once did they say they were going to require tribes to sign this form.” She further said that nothing in the ARPA law itself passed by Congress requires tribes to comply with Title VI.

“It’s alarming — and I would go so far as to say disturbing — that they would have us go through those exercises, government-to-government consultations, and we were left in the dark,” she said. “I feel like we’re being put in an unwinnable situation.”

Treasury has required tribes to fill out many compliance forms that raise sovereignty issues, Kitcheyan added.

While noting that Treasury officials had to complete the ARPA process quickly, Kitcheyan does not believe that means they should have created these potential problems for tribes.

“Just as quickly as they rolled this out, they should quickly roll out a solution,” Kitcheyan said. “Tribes certainly do not want to have to find out in court that we are in legal trouble by filling out that form.”

Various legal experts have backed up the tribe’s claim in cases separate to the current one.

Richard Monette (Turtle Mountain Band of Chippewa), a professor of law with the University of Wisconsin, has explained that case law generally holds that federal laws would not apply to tribes unless Congress decides otherwise.

Monette, who is the director of the Great Lakes Indigenous Law Center at the University of Wisconsin Law School, also noted that the U.S. Supreme Court has ruled that the federal Bill of Rights does not apply to tribes and thus does not prohibit discrimination by tribes.

Additionally, Monette has said that even if one were to argue that the federal Bill of Rights applied to tribes as a result of the application of the Indian Civil Rights Act, one could only pursue a Title VI claim against a tribe if that tribe had expressly waived its sovereign immunity to allow such suits.

Meanwhile, the Winnebago Tribe is waiting to hear back on a resolution

“To this point, I haven’t received a response to my letter,” Kitcheyan said. “I hope that means they’re still working on it.”

“I know the president has been busy visiting with the Pope, but we are just as concerned about what this form means to us,” Kitcheyan said, adding that she and many tribes have been supportive of the president and his administration.

A Treasury spokesperson told Tribal Business News that the department’s agreements are standardized for all government recipients.

“However, we have received Tribal concerns and they continue to be under evaluation,” the spokesperson explained via email.

The spokesperson added that Treasury has extended an Oct. 31 deadline to Jan. 31 of next year for some non-discrimination reporting related to ARPA tribal funding.

“This extension was in response to Tribal government compliance requests, and we will provide an update when available on this specific inquiry,” the spokesperson added.