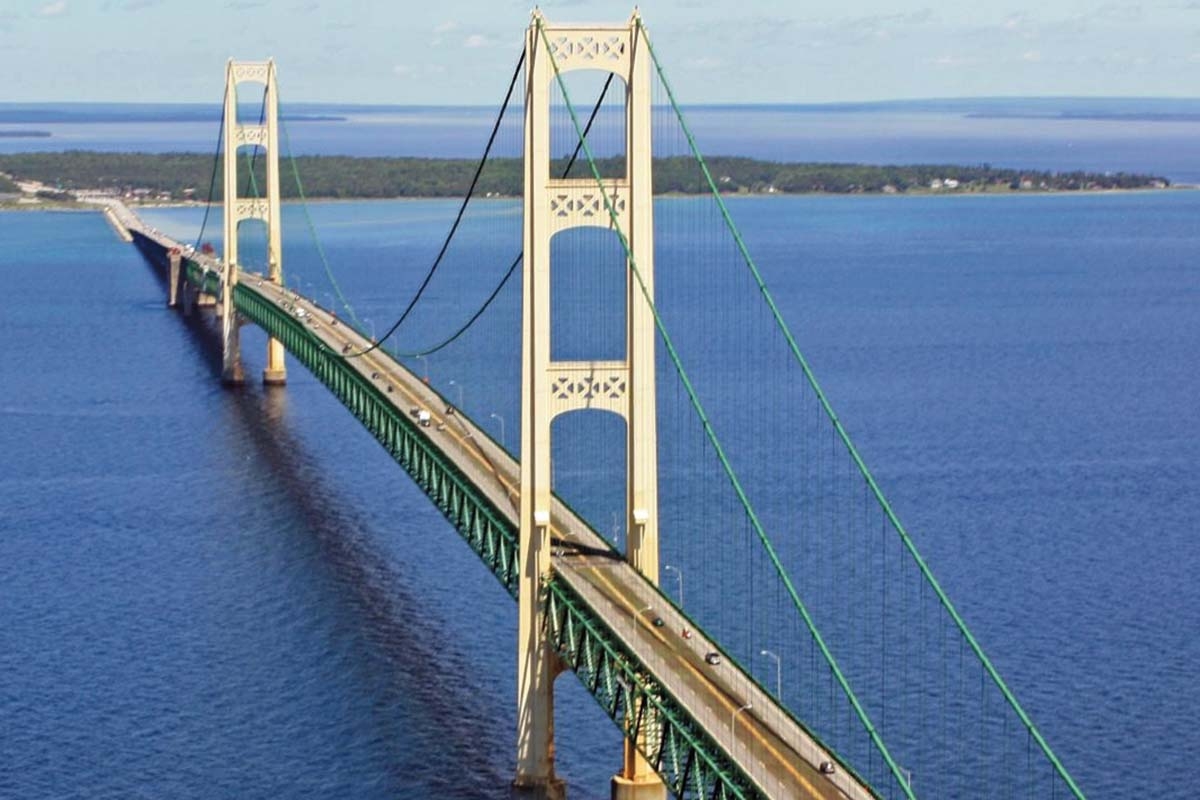 LANSING, Mich. — Michigan tribal leaders, advocates and environmental allies are applauding a move by state energy regulators to reopen a case regarding Enbridge’s Line 5 pipeline in the Straits of Mackinac.

The Michigan Public Service Commission has requested that Enbridge provide more information on the safety risks to the pipeline as it currently sits on the lakebed in the Straits and the risks involved in a proposed underground tunnel beneath the lakebed to house the pipeline going forward.

Built in 1953, the 645-mile Line 5 originates in Superior, Wis. and carries light crude oil and natural gas liquids to Sarnia, Ontario. Tribes along the route in Wisconsin and Michigan have long protested the pipeline’s route through tribal lands and in culturally important areas.

In Michigan, the Bay Mills Indian Community intervened in the MPSC review process for the pipeline tunnel project, citing threats the project poses to the tribe’s sources of food and water, its economy and treaty rights.

“Any decision that may jeopardize the very livelihoods of Tribal Nations deserves serious and careful consideration,” Bay Mills Indian Community President Whitney Gravelle said in a statement. “We are grateful the Commission is examining the serious safety risks posed by Line 5 and its proposed tunnel replacement.”

After months of testimony on the tunnel project, the three-member MPSC issued a 48-page order on July 7 seeking more detailed information from Enbridge. Specifically, the regulator wants to know more about the pipeline’s leak detection system, Enbridge’s risk management to avoid a potential explosion within a tunnel and shutdown procedures. MPSC also wants to know how project supporters determined that the tunnel had a one-in-1-million likelihood of a release.

The regulator wants “Enbridge to file the aforementioned information and documents, and any other relevant evidence regarding the current condition, safety, and maintenance and the future safety and maintenance of the dual pipelines because this evidence ‘is necessary for the development of a full and complete record,’” according to the order.

The order comes as a result of concerns raised during the review process about the potential for an explosion within the tunnel, as regional business publication MiBiz reported.

Late last year, a pipeline safety expert Richard Kuprewicz testified that staffers at the MPSC had initially downplayed the risks of an explosion when transporting crude oil through a tunnel.

“From an engineering standpoint, there is a potential for a release into the Straits from the tunnel by way of a catastrophic explosion,” Kuprewicz said in written testimony on behalf of Bay Mills Indian Community. “While a risk of release in this manner may be considered low, it is not negligible and, in my opinion, should not be downplayed in such a way by the (MPSC) Staff.”

Enbridge attempted to strike the testimony from the record, a move denied by an administrative law judge overseeing the process.

“We are glad to see that the Commission is taking these important safety issues so seriously,” Margrethe Kearney, senior attorney at the Environmental Law & Policy Center (ELPC) said in a statement. “We do not believe that Enbridge will be able to demonstrate the safety or necessity of either its existing dual pipelines or the tunnel it proposes to build. The dual pipelines must be shut down as soon as reasonably possible since they pose an immediate risk of catastrophic harm to our Great Lakes.”

The U.S. Army Corps of Engineers also weighed into the pipeline project, announcing in June 2021 that it would conduct an Environmental Impact Statement (EIS) process for Enbridge Line 5’s tunnel permit application. In March, the U.S. Army Corps of Engineers Detroit District selected Maryland-based Potomac-Hudson Engineering Inc. as the third-party contractor to prepare the EIS for the tunnel project.

The tribe has rights to hunt and fish in a wide swath of Michigan guaranteed to it and other signatory tribes by the 1836 Treaty of Washington, rights that could be adversely affected by any kind of oil spill resulting from Line 5, according to the tribe’s filings in the case.

“The Straits are the center of creation for our people, and the construction of a tunnel through this sacred area endangers our livelihoods, our fisheries, and our culture,” Gravelle said in a statement.

Bay Mills is represented in the case by Native American Rights Fund in partnership with Earthjustice. NARF Staff Attorney David Gover hailed the MPSC’s actions and pressed the regulators to consider the threats that the project poses to the state.

“It is reassuring to know that the Commission is doing its due diligence in order to accurately consider the impacts, risks, and damages the existing Line 5 oil pipeline and a tunnel would cause for the public, in particular tribal citizens,” Gover said in a statement. “I am hopeful that the Commission will join tribal and state governments in guarding public safety, the local economy, and the Great Lakes ecosystem from a risky and unnecessary project."