The ordinance, which mirrors the state of Michigan’s marijuana laws, will allow the tribe to create a new enterprise to grow, process and sell cannabis in the northern Lower Peninsula. 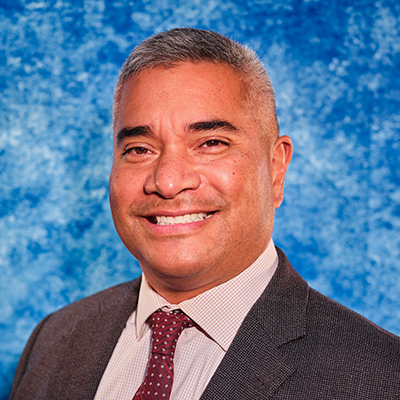 The Grand Traverse Band of Ottawa and Chippewa Indians plans to use trust property throughout the greater Traverse City region to establish the cannabis business. The tribe expects to work with the state of Michigan, but its operations will not be limited by local regulations.

Michigan legalized marijuana for adult recreational use in December 2018. Under state law, municipalities can opt out of participating in Michigan’s recreational cannabis industry, which has led to a patchwork of local control over the growing, processing and selling of marijuana.

However, the tribe will leverage its sovereignty to open cannabis businesses regardless of the local status. With a tribal business on trust land, the tribe is free to make its own decisions.

“We’re looking forward to taking advantage of not having to worry about being designated recreational where we can sell it on trust land,” Arroyo told Tribal Business News.

To date, the Grand Traverse Band has relied heavily on income from its two casinos — Leelanau Sands Casino & Lodge in Peshawbestown and Turtle Creek Casino & Hotel in Williamsburg — to fund tribal programs, Arroyo said. The tribe also operates the Grand Traverse Resort and Spa in nearby Acme.

However, during the COVID-19 pandemic, the tribe voluntarily closed the casino operations from March through May of 2020. Arroyo said that throughout many of the pandemic-marked months since, visitor traffic in the heavily tourism-reliant area of northern Michigan has been slower than normal.

“Our numbers aren’t where they used to be pre-pandemic, but it’s not bad,” Arroyo said. “Luckily, we had some funding to help with the closure but we want to make sure that if there’s another closure or the pandemic lingers, no matter what the future holds, that the cannabis operation will help with tribal programming so we can continue services to the membership.”

He said that while the tribe was able to survive the past few months, the experience led the tribal council to consider additional ways to generate revenue to fund services.

“(The pandemic) really helped us to decide to move in the direction that the marijuana ordinance would just need to diversify and help maintain,” Arroyo said. “We’re hoping we can be successful.”

The council saw other tribes in Michigan and around the nation enter the cannabis industry and decided to investigate the sector as a possibility for the Grand Traverse Band of Ottawa and Chippewa’s economy.

“The pandemic was a harsh lesson and cannabis just happened to be something we saw other tribes pursuing across the nation,” Arroyo said. “We’re hoping to capitalize on marijuana and cannabis to help with our revenues toward enhancing existing tribal programs.”

According to Arroyo, the tribe is planning to have control over the seed-to-sale marijuana operations and will not outsource to other companies, allowing the tribal operation to capture all of the profits and maximize the benefits to members.

“We’ll be able to maintain the profit for the tribe and that will help with tribal programming,” Arroyo said.

That’s an approach similar to what the Bay Mills Indian Community took in the eastern Upper Peninsula, where the tribe opened the vertically integrated Northern Light Cannabis operation in November 2020. As well, the Keweenaw Bay Indian Community launched its operations last year, opening locations of The Outpost dispensary near Marquette and Crystal Falls in the western Upper Peninsula, according to local reports.

Other Michigan tribes, including the Little Traverse Bay Bands of Odawa Indians and Sault Ste. Marie Tribe of Chippewa Indians, opted instead to open tribal trust land for outside cannabis companies to establish dispensaries, with the tribes effectively serving as landlords, as Tribal Business News previously reported. Still, because of tribal sovereign control over their lands, the operations are able to skirt local regulations that may be restrictive to cannabis operations.

The Grand Traverse Band, meanwhile, hopes to start its cannabis operations within the next year, Arroyo said. The tribe is still finalizing the business plan and deciding how it will fund the operation.

“We have two buckets of money: One is long-term investments and the other is economic development,” Arroyo said. “We can pull from one of those two areas but we haven’t yet decided on where we’re going to pull the money from.”

Arroyo acknowledges the cannabis industry comes with some controversy, but he wants the public to know the tribe is launching this venture with the best intentions and is focusing on helping tribal members.

“At one time, gaming was looked down upon and shunned because of the negative connotations, but we are hoping to use the revenues to help with tribal programs,” Arroyo said. “We went this route for diversification and the revenues generated will be an immense help to tribal programming.