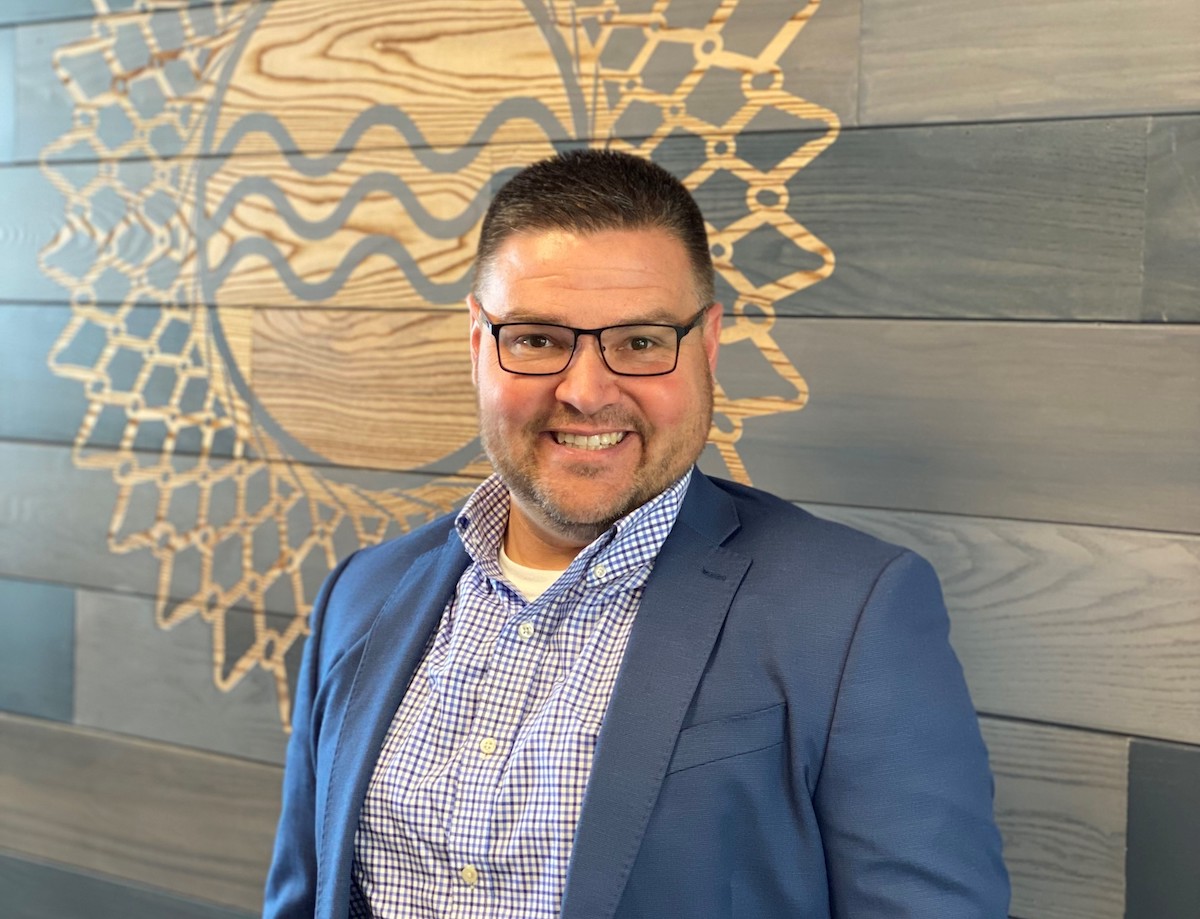 GRAND RAPIDS, Mich. — After a seven-year career in tribal economic development at Waséyabek Development Co. LLC for his tribe, Jimmy TenBrink now finds himself heading up operations for a familiar tribal partner.

This month, TenBrink, a member of the Nottawaseppi Huron Band of Potawatomi, took a position as Chief Operating Officer at Grand Rapids, Mich.-based Gun Lake Investments, the non-gaming economic development arm of the Match-E-Be-Nash-She-Wish Band of Pottawatomi Indians.

It’s fitting that the last acquisition TenBrink led for Waséyabek was the $17.5 million deal in which the organization partnered with Gun Lake Investments to acquire McKay Tower in downtown Grand Rapids.

“The attorneys were a little shocked because we sat on the same side of the table and we gave each other a hug,” TenBrink said. “That’s not how most of their negotiations work, but in Indian Country, it is. You hug your brothers. You are happy when they’re successful.”

TenBrink started as an early board member at Waséyabek before being selected by the organization to work on dealmaking, starting with real estate transactions and progressing to acquisitions of operating companies. He went on to serve as president of two of Waséyabek’s subsidiaries, Nunica, Mich.-based Baker Engineering LLC and Muskegon, Mich.-based RSI Manufacturing.

At Gun Lake Investments, TenBrink joins the executive team of an organization that’s about to undergo a set of strategic exercises with its new board and new CEO Monica King, who assumed the role at the start of the year.

“Jimmy brings an energy and a passion to his work that I believe make him an excellent fit with the team and culture we have created at GLI,” King said in a statement. “With his expertise in business and private investments, as well as his experiences as a Tribal member and working in Indian Country, Jimmy will add a new depth of perspective as he leads GLI operations.”

TenBrink spoke with Tribal Business News about his new role, the broader M&A outlook and his vision for economic development as a key tool for tribal sovereignty.

Congrats on the new gig. Talk a little bit about what drew you to this opportunity.

I’m pretty fortunate to get a chance with Gun Lake. They’re a great organization. Working with Monica has been great, and I see that she’s worked with this board to create just a really awesome culture. I’m really glad to be part of it. Realistically, it came down to values and belief. For me, knowing what’s going on at Gun Lake and just wanting to be part of something that’s bigger than me — to leave this long-term footprint on Indian Country — was super appealing to me.

How will you draw on your experience at Waséyabek for this new role?

To grow my career through various stages and opportunities with Waséyabek and with my tribe, it was a lot of fun. I got a chance to see and meet a lot of great people, I got a chance to work with a lot of great people. Having managed and run subsidiaries, having done mergers and acquisitions to even back in the day being on the board, I feel like I can translate a lot of that experience over to help Gun Lake accomplish their goals and their vision.

How did working with Waséyabek shape your view of tribal economic development?

Probably more than anything, it opened my eyes to the differences that are out there among all the tribal nations and what they’re looking to accomplish with their diversification or economic development efforts. What’s going on in Indian Country is that every tribe can look at their resources, how they’d like to generate some diversification and their efforts in developing their own economies and determine their own path. That’s what’s fun for me, helping and seeing and being part of that vision coming to fruition.

At Waséyabek, you were involved in running a couple of manufacturing-related firms, which is an area Gun Lake Investments hasn’t really leaned into yet with its portfolio. Do you see an opportunity to expand into manufacturing?

Yes, I think so. That’s Monica’s background as well. As the former CFO at Eaton, she’s got a lot of manufacturing background. And, to be very honest, it’s Michigan: There’s manufacturing everywhere you turn. There’s definitely a lot of great opportunities.

If you look at the advantages that we have as a minority-owned business in manufacturing, they’re very strong. There are great organizations like Steelcase and Stryker here in West Michigan, and of course the automotive industry, that values a diversified supplier base. Being able to leverage that, utilize it, acquire businesses that we can make stronger and keep here in Michigan for seven generations is an amazing opportunity.

How is Gun Lake Investments looking at deal flow over the next few months?

From a pipeline perspective, real estate is still very strong. The operating entities are very strong. For me, I like to have very specific targets. ‘This is an industry we want to focus on.’ Right now, Gun Lake has a lot of targets in a lot of different areas that might be bolt-on acquisitions to their current portfolio or they might be platform opportunities. So I’m trying to get my arms around (those) opportunities.

What’s your take on the broader M&A environment right now?

Valuations have been high. It’s a little concerning, but I think maybe interest rates will drive a little bit of change in that. Private equity and the M&A space has been a good investment for people to do. It’s why the massive private equity firms are doing so well. It’s a good place to invest and oftentimes beats the stock market with the returns they’ve been able to generate. I still see that as being a great thing.

Given all that, what does Gun Lake Investments look for in a deal?

For Gun Lake — no different than it was at WDC — it’s finding the right investment, the right cultural fit, the right organization that has people that share the same values. Unlike typical PEs that are looking to step away, Gun Lake is looking to hold on to these for some period of time, potentially seven generations if it makes sense for the business.

I think that there’s still a fair amount of business owners out there who’ve had a really good run and want to make sure their people and their teams are well taken care, that they have opportunities for growth and that they have strong financial support if the economy does slip into a recession here coming up. Maybe those are the right people for us to be talking to. Those owners don’t want to just sell the business and step away, they want to make sure people are taken care of. They typically seem to align much more with the value systems of the tribe and what their goals are as well.

As more and more tribes look at investing in economic development and diversifying their economies, can one make the case that it’s actually an investment in their sovereignty?

Absolutely. For me personally — and this is more of a personal statement than a reflection on either tribe or either EDC — I would love for Indian Country not to have to lean on any federal assistance, from grant programs or anything like that. Unfortunately, not all tribes have a revenue-generating resource, whether that be mineral resources or casino operations, so it’s not quite possible.

But if Indian Country can lean on Indian Country, I think those are great things for Indian Country as a whole. As a group that’s been historically challenged with lower income situations, some of it is showing a model and giving tribes and tribal members hope for more — that they can achieve more financially. When it comes to a career or a personal stake, whatever it is they would like to accomplish in their lives, they don’t have to feel like they’re being held back or held down by anyone.

To be able to do that for Indian Country, that’s my passion. That’s why I’ve loved being here for the last seven or eight years doing this for Waséyabek and now for Gun Lake. It’s trying to see tribal members be able to lift themselves up from this economic situation and where they’re at. As Native Americans, we’ve got to start pushing to show our youth and our children that there’s more out there, that we can achieve more. We have a place as sovereign nations.