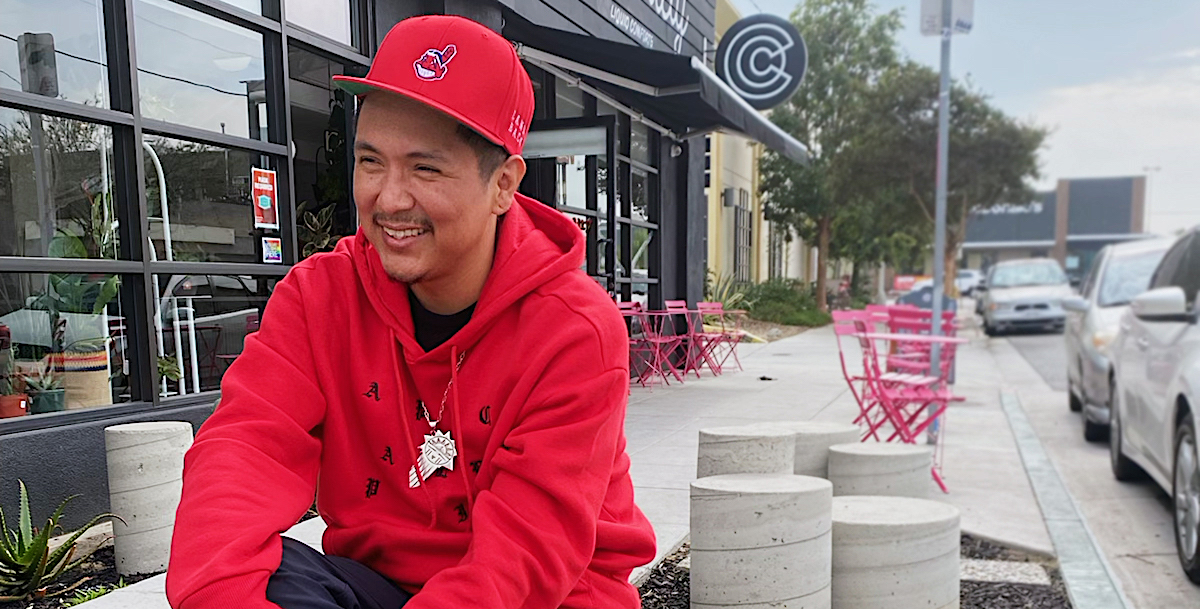 PHOENIX, Ariz. — Starting with a gifted airbrush set from his parents, Jeremy Donavan Arviso drew designs on the T-shirts, backpacks and baseball caps he wore to school, which piqued the interest of his peers.

With that modest start at age 14, Arviso (Navajo, Hopi, Pima and Tohono O’odham) was on his way to becoming a fashion designer and entrepreneur.

“My intention was never to create a brand, it was just to make T-shirts that I didn’t see in the store,” Arviso told Tribal Business News. “My goal was to design and create stuff that I wanted to wear.”

After a lifelong struggle with drug and alcohol abuse, Arviso is now two years sober and credits his sobriety for making a big difference in his life. He said he’s been able to start his healing process and focus on his clothing line with a clear mind.

“The process of healing and creating this brand has definitely helped steer me in the right direction,” Arviso said.

During the start of the COVID-19 pandemic, Arviso was unemployed and used his time to lean into his creativity and experiment with a new clothing brand, dubbed The Original Landlords with the tagline “Indigenous designs for everyone.” He’s since started working to create inclusive fashion for all ethnicities and sizes.

The name Original Landlords actually came from Arviso’s cousin, Casper Lomayesva, who used the moniker as the title to his band’s reggae album.

Arviso’s idea behind the clothing brand was to counter the way fashion and pop culture have appropriated Native American cultures for sales, money and general appearance.

“We’ve been here as the keepers of the land since time immemorial. It’s our land and it’s time for us to take back our culture,” Arviso said.

Arviso has primarily self-funded his business and The Originals Landlords by working multiple jobs. He has also received several grants from the Arizona Community Foundation, Navajo Nation Department of Economic Development, Change Labs. He also got an artist resiliency grant from the city of Phoenix.

“I literally took everything I earned and just pushed it right back into the business. It’s helped me grow,” Arviso said, noting that he’s been able to move into his own studio and invest in equipment for the production of his work.

“I’m not working out of my house anymore, which is amazing because now I can make a mess (in the studio) and leave it and then come home to my house,” he said.

Arviso held a recent show at Cahokia — an Indigenous-led social tech and art space in downtown Phoenix — where he worked with models from different ethnicities and body sizes. He has been focusing on this collection for more than a year and aimed to complete 25 or 26 new looks for the show, including styles of gym wear, couture fashion, leisure wear, dresses, T-shirts and custom jeans.

The COVID-19 pandemic has largely affected the Native American population, who have been hit with higher rates of unemployment than other groups, not to mention that Indigenous people have been disproportionately affected by the virus itself, leading to the loss of friends and family — and the loss of normalcy. Arviso cited that disproportionate effect in encouraging Native people to use this time and available resources to pursue businesses to help their families become more self-sufficient.

“As more and more Natives become inspired and capable of building their own business for themselves and becoming self-sufficient, then it will open the doors to a lot more opportunity to take care of themselves and their families,” Arviso said.

Arviso hopes people see his creative work and are inspired to do it for themselves.

“It’s hard work but if you have a vision and you believe in it then you can make it happen,” Arviso said.