To help meet the need for long-term “patient” capital in Indian Country, Native CDFI Network is establishing its own national intermediary fund to bring additional resources to Indigenous communities. 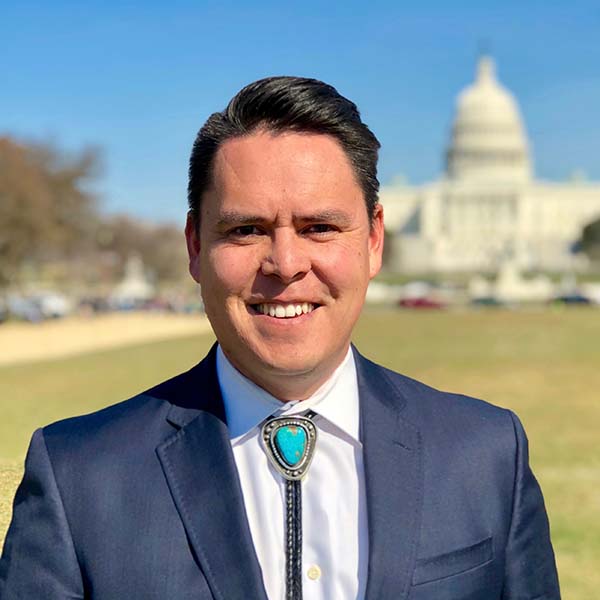 The Washington, D.C.-based Native CDFI Network, an industry group for Native community development financial institutions, currently is in year one of a three-year process to launch the intermediary fund, which the organization’s board approved as part of the 2020 strategic plan.

Among the first steps, Native CDFI Network successfully applied for a technical assistance grant from the CDFI Fund within the U.S. Department of the Treasury, which announced the award in September. The organization will use the $150,000 grant, the maximum award for technical assistance under the Native American CDFI Assistance (NACA) Program, to perform a market study and outline a framework for the nationwide intermediary fund.

NCN Executive Director Jackson Brossy said the creation of the intermediary fund will help address the chronic challenges that the organization’s 69 members face in accessing capital. To that end, in a March 2021 survey of NCN members, 58 percent indicated that they needed more loan capital. Other estimates cite a capital deficit of $40 million to $48 million annually for Native CDFIs to meet the needs of their communities.

“Not just any kind of capital, we want long-term, low-interest and what we call patient capital,” Brossy told Tribal Business News.

Brossy said the Native CDFI Network board remains in the planning stages for the fund, but fully anticipates that it will begin making loans in 2022 to members focused on Native agricultural borrowers “and we’ll grow out from there.” The planning includes setting fundraising targets for the fund and determining other structural and administrative aspects for its operation.

The intermediary fund will seek funding from a range of sources, including foundations, nonprofits and high net worth individuals, Brossy said.

NCN also plans to target traditional banks who could use their contributions to the fund toward Community Reinvestment Act credits, the motivation for which might become even greater as part of the Federal Reserve Board of Governors’ proposed changes to the CRA regulation. The proposal includes enabling banks to earn compliance credits for lending and other activities outside of their designated assessment area, including in Indian Country, as Tribal Business News previously reported.

“We’re hoping for a good update to the Community Reinvestment Act so that banks really have an incentive to invest in Native CDFIs,” Brossy said.

By creating the intermediary, Native CDFI Network hopes to allow members to expand their lending activity particularly for mortgages in Indian Country and use that to “stabilize” and “balance” their loan portfolios.

“Thirty-year money is what our members want. Without access to 30-year money, it’s hard to get into things like mortgages,” Brossy said. “If they’re doing consumer loans or small business loans that are maybe a five-year maturity or three-year terms, they can balance things out with a 30-year mortgage that they can count on, and it’s something they’ll be able to help the community with, building credit.”

According to a June 2021 presentation from Longmont, Colo.-based Oweesta Corp., the longest serving Native intermediary founded in 1999, Native CDFIs had to turn away nearly $41 million in loans in 2020 because they lacked access to capital. The report estimated the overall need for loans this year will approach $86 million.

As well, the Oweesta survey shows that Native CDFIs that Oweesta funds closed on 174 home loans worth more than $19.5 million last year. They cited a lack of capital financing for home loans as their top challenge for doing more lending toward housing and homeownership.

By comparison, the allocation for the NACA Program, which the Federal Reserve Bank of Minneapolis’ Center for Indian Country Development described as “the most significant source of operating and lending funds” for Native CDFIs, has been hovering at around $16.5 million for the last few years.

Access to capital has been a persistent concern for Native CDFIs. For a 2017 report, the Center for Indian Country Development noted at the time that “growth in the industry has outstripped the growth of NACA, so that demand continues to outpace the resources.”

That’s why Native CDFI Network has been lobbying lawmakers to increase the allocation. Budget proposals have NACA funding at $21.5 million in the U.S. House and $27.5 million in the U.S. Senate. (By comparison, former President Trump proposed cutting the CDFI Fund’s allocations altogether, including the NACA Program, in each of his four years in office.)

This year also saw a much-needed federal injection of capital via the Treasury’s CDFI Rapid Response Program, which invested $54.6 million into 58 Native CDFIs. Additionally, Native CDFIs will also qualify for $1.75 billion in funding targeted at minority lending institutions, although Treasury has yet to issue guidance about the program, which it initially targeted to deploy by the end of summer 2021.

Brossy said the funding promises to be “transformational” for Native CDFIs.

“If we’re able to get what we think is a meaningful share — 20 percent of that $1.75 billion — we’ll be better able to serve Indian Country, provide access to capital, and build up these great financial institutions,” Brossy told Tribal Business News in a prior report.

“We have a lot of friends and partners that help provide access to capital for our members and we just want to help grow the pie of options so we can help close the gap,” Brossy said.

For her part, Oweesta CEO Chrystel Cornelius said she welcomes Native CDFI Network’s entry to help address the massive market need. Along those lines, Oweesta’s 2021 strategic plan targets bringing $100 million in funding into Indian Country over the next decade.

“I feel there is so much space and need within Indian Country that there’s room for everyone. I’m very happy with what they’re hoping to do,” Cornelius told Tribal Business News. “We’ve all worked in conjunction with Native CDFI Network. I was one of the three incorporators with that organization when it was formed. Any entries into this space are to everyone’s benefit.”

Added Brossy: “We’re all pushing in the same direction. I think anybody and everybody that can help fill that gap is welcome. We’re trying to do our part.”