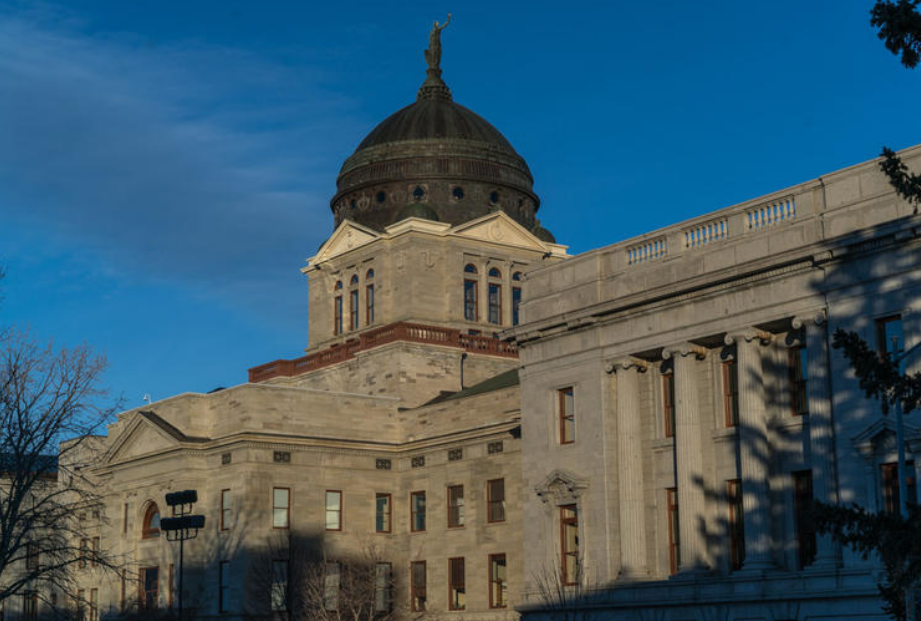 HELENA, Mont. — Montana lawmakers last week introduced a bill that would eliminate a property tax exemption for tribal lands waiting to be put into trust by the federal government.

The bill, sponsored by Republication lawmaker Sen. Greg Hertz, would repeal a 2011 law providing a five-year tax break on tribal lands while their trust application with the federal government is pending. Montana state law provides that tribal property, once taken into trust, is exempt from property taxes.

Sen. Hertz and Lake County Commissioner Gale Decker, both advocates for the bill, said counties lose out on revenue when a tribe’s trust application exceeds five years, and local governments don’t have the authority to collect back taxes. Hertz brought forward an identical bill in 2019, but later tabled it when a compromise between the tribes and local government could not be reached.

“The majority of this is going on with the (Confederated Salish and Kootenai Tribes) in Lake County,” Hertz testified to the Senate Taxation Committee on Feb. 2. “It seems to be what has been happening here … is the (Montana Department of Revenue) didn’t follow everything in the code section. About 70 percent of the properties that were given exemption had actually timed out at some point in time.”

Hertz said the issue stems from about 100 properties and said the lost revenue for the municipality was “a considerable amount of money.”

Opponents of the bill said it interferes with tribal sovereignty as they try to reclaim stolen land — a process that sometimes exceeds five years — and that their applications to have the land taken into trust are rarely denied.

“We also know of no other government that taxes another government, as each provides essential government services to their citizens and communities, as the CSKT does for our membership and larger community,” CSKT spokesperson Robert McDonald told Tribal Business News.

CSKT Chairwoman Shelly Fyant testified that tribes shouldn’t pay taxes on land they had to buy back from the federal government after it violated treaties with tribal governments and sold off parcels of the reservation to non-Native American settlers.

“This exemption provides fairness by providing us time while we navigate the slow federal process of putting fee lands into trust status after we purchased back our reservation lands again from willing sellers,” Fyant said.

Fee-to-trust federal applications typically take about 18-22 months, according to CSKT attorney Jordan Thompson. That time period is often prolonged for the CSKT specifically because one county on its reservation objects to every application the tribe submits to the federal government, “which lengthens this process,” Thompson said. He estimated that, since 2011, the total exempt value on the reservation was about $243,000.

“This has much deeper roots than the 2011 piece of legislation that Sen. Greg Kurtz referenced,” he said. “Trying to repeal this temporary tax exemption just ultimately upholds the dated policy of allotment that sought to dissolve tribal governments and nations and assimilate American Indians into non-Indian society.”

The committee did not vote on the legislation, but Parish said that even if the bill fails, the fight isn’t over. Another house bill brought forward in 2019 and eventually tabled by Hertz could allow the government to recapture any lost property tax revenue, should the federal government deny a fee-to-trust application, or should the five years from the temporary property tax exemption expire.

“If Senate Bill 138 bill fails, there still could be another piece of harmful legislation that again is rooted in the settler colonialism policy of allotment and that relies on that policy,” Parish said. “If we kill Senate Bill 138, the fight certainly could very well not be over.”