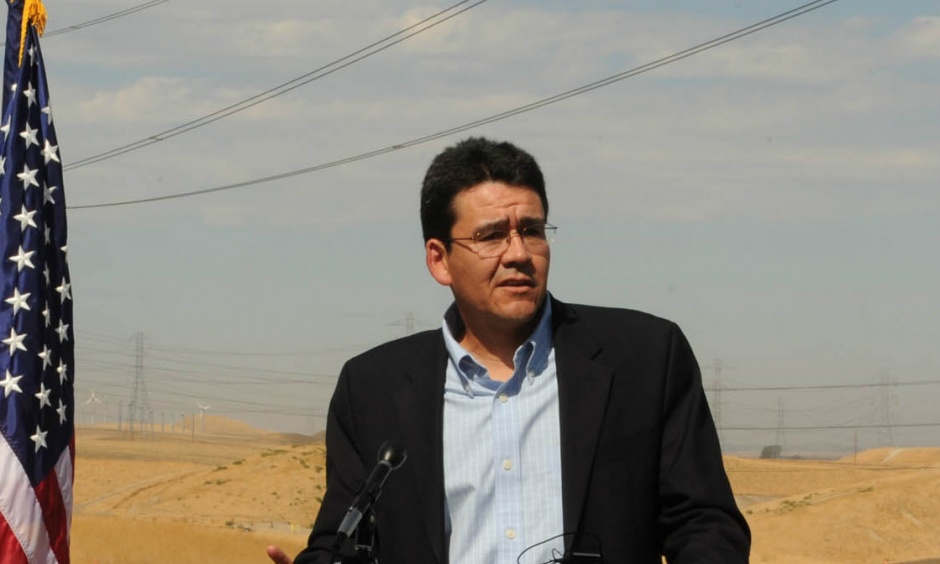 For years, Native Americans have grown aggravatingly accustomed to feeling ignored by the federal government, but the tide appears to be turning — at least at some long neglectful agencies — during the early part of the Biden administration.

Case in point: The U.S. Army Corps of Engineers, which tribal leaders and advocates say is becoming more Native-friendly after years of lacking consultation with tribes on a bevy of infrastructure, water storage and construction projects, and pipeline development issues.

There’s still a long way to go on basic consultation issues and more complicated ones, like free, prior, and informed consent to tribes, as called for in the United Nations Declaration on the Rights of Indigenous Peoples. But if USACE can make progress, any agency can, according to tribal advocates.

That person is Jaime Pinkham, a Nez Perce citizen, who was appointed this spring to a top post at USACE in its civil works division. He is part of 40-plus Native American people the Biden administration has placed across federal agencies in its first six months.

Pinkham was formerly the executive director of the Columbia River Inter-Tribal Fish Commission, and previously served as the Native Nations Vice President for the Bush Foundation in St. Paul, Minn. He also was elected twice to his tribe’s government, including as treasurer and as a natural resource tribal program leader.

“I do bring that unique perspective based on being a former member of tribal council, running natural resource programs for the tribes working on a lot of intergovernmental and collaborative relationships,” Pinkham told The Seattle Times in March.

“The federal government strings together the words ‘government to government’ and ‘trust responsibility’ to describe its relations with Native American nations,” he co-wrote in a 2016 Chicago Tribune op-ed. “But it is action, not words, that matter. When tribes enter into treaties and agreements with the federal government, a sacred deal is made.”

Pinkham has previously been supportive of the Obama administration’s opposition to the Dakota Access Pipeline, and according to a recent article in The Seminole Tribune, “There’s hope that Pinkham’s presence will improve communication between the Corps and tribal communities and allow greater transparency in project development.”

While Sioux tribes continue to legally battle DAPL and past USACE decisions that they view as being anti-treaty and anti-tribal sovereignty, having Pinkham in place has more tribes hopeful that changes afoot at USACE may be able to prevent future problems, at least in the short term.

Already, tribes say they feel like USACE is taking their concerns into better consideration on some major pipeline issues, such as the recent decision the Corps made to require an environmental impact statement for the Enbridge Energy LP Line 5 permit application in the Straits of Mackinac. That decision was celebrated by tribes in northern Michigan and beyond who say the potential pipeline reconstruction in a tunnel under the lakebed violates their treaty rights, sovereignty and could harm their environment and lands.

“USACE will ensure all potential impacts and reasonable alternatives associated with this project are thoroughly analyzed and will ultimately support a decision on the permit application,” Pinkham said in a statement at the time of that decision.

He added that “an EIS is the most appropriate level of review because of the potential for impacts significantly affecting the quality of the human environment,” and he wanted the review to explore “potential impacts to navigation.”

Tribal citizens advocating against similar pipeline projects in Minnesota, involving Enbridge’s Line 3, would like to have seen USACE take similar steps when it was widely viewed as less tribally-supportive under the Trump administration.

“The Army Corps decision (on Line 5) is exactly what Minnesota and Wisconsin (tribes) were asking for regarding Line 3 development, and why Minnesota tribes and environmental organizations are suing them over their Trump administration Army Corps waiver for exactly the same reasons,” Paul DeMain, the Oneida/Ojibwe board chair of the Honor the Earth organization, told Tribal Business News.

Having a tribal office and a tribal consultation policy and Native employees — all of which USACE has right now — by no means ensures that concerns will all be addressed in tribes’ favor. But these developments do help tribes to have better access to make their cases and to avoid having to re-educate non-familiar employees on every detail of tribal sovereignty in every new situation.

‘Not a check-the-box exercise’

Tribal concerns haven’t gone unnoticed in Washington, where no one expects Pinkham to be able to placate all tribes on all fronts. In fact, major attention is now turning to Michael Connor, a citizen of the Taos Pueblo, who is President Biden’s nominee to be Assistant Secretary of the Army for Civil Works, a political position that oversees the USACE.

Connor previously served as U.S. Deputy Secretary of the Interior during the Obama administration and first began working at Interior in 1993.

During a July 13 U.S. Senate Armed Services Committee confirmation hearing, Sen. Elizabeth Warren, D-Mass., pressed Connor on his opinions related to DAPL and other oil and gas pipelines, and on USACE’s relationship with tribes.

Warren and Sen. Jeff Merkley, D-Ore., and 30 of their colleagues have asked President Biden to order a shutdown of DAPL during its court-ordered environmental review process. Warren and other legislators also have been involved in two lawsuits supporting tribal challenges to the pipeline.

“I am very pleased to hear from a nominee with your deep experience and understanding of Native American policy and natural resources issues,” Warren told Connor during the hearing. “I am, however, very concerned about the Dakota Access Pipeline and what it reflects about the Army Corps of Engineers’ relationship with tribal nations.”

Warren asked Connor if he would commit to making sure that USACE “follows the law and that this situation with the Dakota Access Pipeline is addressed as quickly as possible.”

“Absolutely,” Connor replied. “The Corps will be following the law with respect to the directions of the court and all other applicable laws and policy with respect to completing the work on the Dakota Access Pipeline, and that includes addressing the issues identified by the court and robust tribal consultation.

“And I think that’s the next step. Tribal consultation is not a check-the-box exercise. It’s got to be robust, meaningful, and that means it’s got to be substantive in the interaction with tribes.

“I look forward to working through … this issue if I’m confirmed,” he added. “I understand there’s a solid schedule that’s been put together to finish the work on the Environmental Impact Statement, and it’s my intent to oversee that, not obviously interfere with that. The Corps is doing good work with very substantive direction now from the court. And we will be overseeing that and ensuring that the laws are followed.”

Connor, who is currently a partner at the Washington, D.C.-based WilmerHale law firm, also said if he is confirmed that he wants to work with stakeholders to avoid the “litigation cycle” over the Clean Water Act’s jurisdiction issues.

‘Work cut out’ for him

Tribal advocates say they would very much like to believe Connor.

"We take Mr. Connor at his word, but it will take more than words to right the wrongs that the Army Corps has done at the Standing Rock reservation,” Earthjustice senior lawyer Jan Hasselman told Tribal Business News.

“As of today, the Corps is allowing the pipeline to operate illegally without a permit and without federal court-mandated safety reviews,” she said. “If Mr. Connor wants to demonstrate an intention to turn the page on the Trump era, the first step is to shut the pipeline down."

Warren agrees that Connor has got his “work cut out” for him.

“This is about the federal government’s fulfillment of its trust and treaty obligations to tribal nations, and about the Corps’ adherence to federal law,” Warren said. “I’ve heard a lot of complaints from tribal representatives that, over the years, the Department of Defense has not done enough to consult tribal nations, or to respect the federal government’s nation-to-nation relationship with them.”

“You have my strong commitment that I understand the concerns,” he added. “I’ve heard them many, many times over the years. I understand them, and I want to act on them and improve that relationship, improve the federal trust responsibility, improve the way we do consultation. It … will be one of my highest priorities if I’m confirmed.”