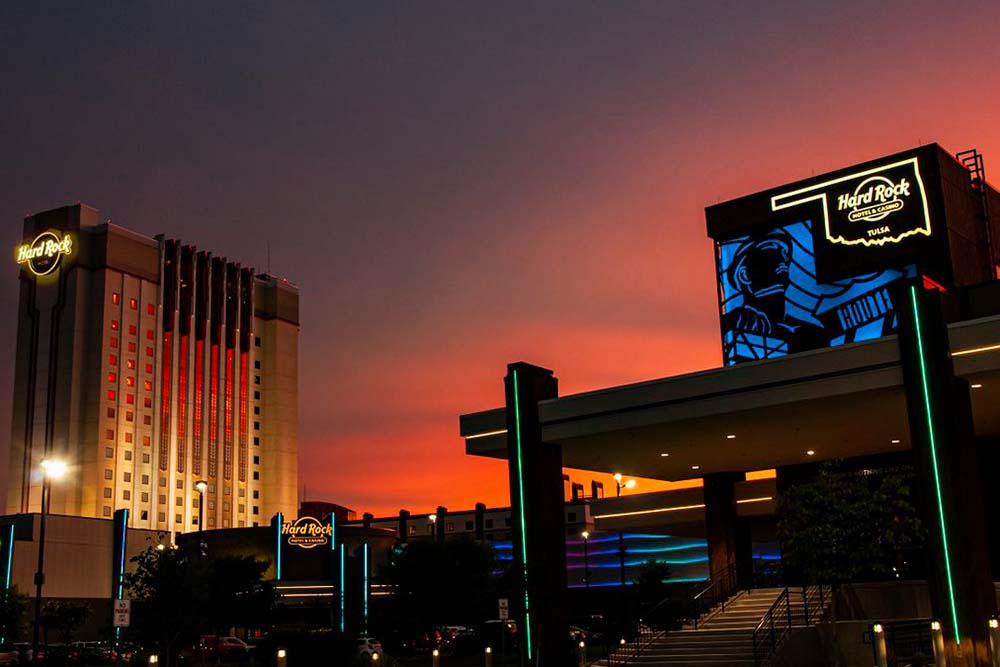 TULSA, Okla. — When an unprecedented winter storm bringing freezing temperatures rolled through the Midwest earlier this week, Cherokee Nation Businesses answered the call from energy companies to conserve power to protect against cut-offs.

Starting Monday, Cherokee Nation Businesses, an enterprise of the Cherokee Nation, shut down its 10 casinos throughout northeast Oklahoma to do its part.

“We’re a pretty big consumer of electricity in just our normal, everyday operation,” said Cherokee Nation Business spokesperson Brandon Scott. “We thought it would probably be a good idea if we just shut down (to) help do our part.”

The operations sent employees home early on Monday, and the few that remained to secure the building were compensated with overtime, Scott added.

Southwest Power Pools, the company that manages the electric grid and wholesale power for the center United States, issued its first ever energy emergency alert level 3 to customers on Sunday, meaning the outfit was dipping into reserve electricity power. On Monday, it began controlled rolling power outages.

A winter storm warning went into effect Tuesday, and will remain in effect through Wednesday for a large portion of the state, officials reported.

Scott said he experienced rolling power outages in his home on Tuesday for about two to three hours.

“It was 11 below,” he said. “It’s kind of unprecedented to have a really long, cold snap like that. But, you know, in conjunction with snow and ice, it just kind of really strains everything.”

By Wednesday, the power company was back to functioning, but temperatures still hovered in the low 20s.

“Yesterday President Biden pledged the federal government’s support for Oklahoma when we spoke by phone,” Stitt said in a statement Wednesday. “I am now urging the President and his administration to act quickly and deliver on our request to help Oklahomans recover from this historic storm.”

On Wednesday, Biden approved the emergency declaration and ordered federal assistance from the Deparment of Homeland Security and the Federal Emergency Management Agency (FEMA) to supplement state, tribal and local response efforts across the state.

Mark Gower, the state’s director of the Department of Emergency Management and Homeland Security, added that “the combination of nearly two weeks of record-breaking low temperatures, heavy snow, and freezing rain has had significant impacts on communities across the state.”

For the Cherokee Nation, the new round of casino closures come about 11 months after the tribe shuttered its facilities for six weeks in early 2020 in response to the COVID-19 pandemic.

This time around, Cherokee Nation Businesses’ gaming facilities and several Tulsa office buildings were initially slated to reopen Wednesday, Feb. 17, but that date was pushed to Feb. 19 in anticipation of the below-freezing temperatures rebounding.

“It’s supposed to warm up toward the end of the week,” Scott said. “(But) if the temperatures were to go back down on Friday, we would definitely revisit how long we need to stay closed in order to help out.”

--
EDITOR’S NOTE: This story has been updated to note that Biden approved the emergency declaration for Oklahoma.