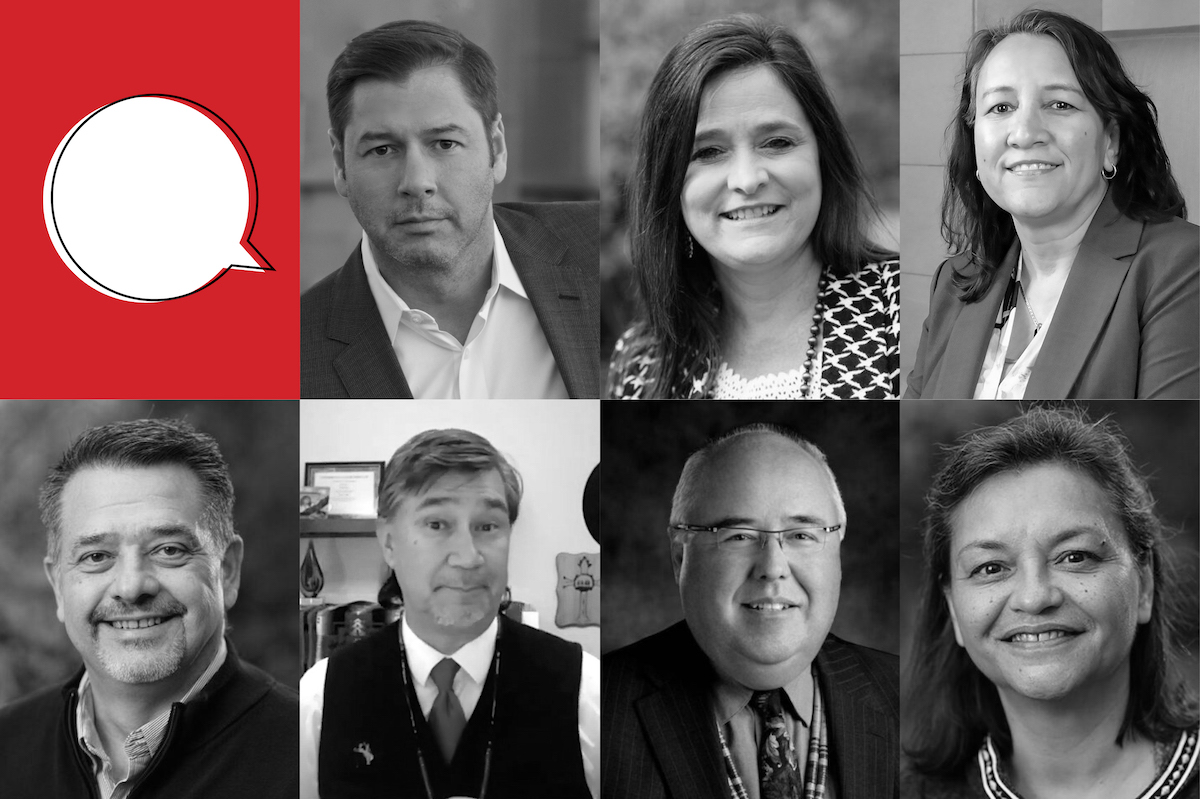 Ask Native business owners and their advisers about the largest challenges they face, and you’re bound to hear about the chronic lack of access to capital in Indian Country.

To that end, data from the Federal Reserve indicate that 16 percent of American Indians and Alaska Natives were “unbanked” as of 2019 and about one third of Native Americans have a strong or very strong relationship with a lender. Additionally, counties that are majority Native American have an average of three bank offices, or a third of the average number of branches for counties not in metropolitan areas, and far off the average of 26 offices for all counties across the country.

But Native advocacy groups and Native-serving financial institutions made some notable advances in 2021, thanks to directed federal funding aimed at combating the economic effects of the COVID-19 pandemic and an infusion of philanthropic capital aiming to move the needle in Indian Country.

Some notable examples have included:

As well, the Native American Agriculture Fund is spinning off a new financial institution within the federal Farm Credit System that will help Native producers access up to $380 million in funding.

Given the new developments this year, Tribal Business News reached out to several Native financial executives for insight. We asked them: “Is this a one-time opportunity or does it signal a sea change? What needs to happen — or not happen — to make sure this funding creates a lasting effect?” Here are their answers: 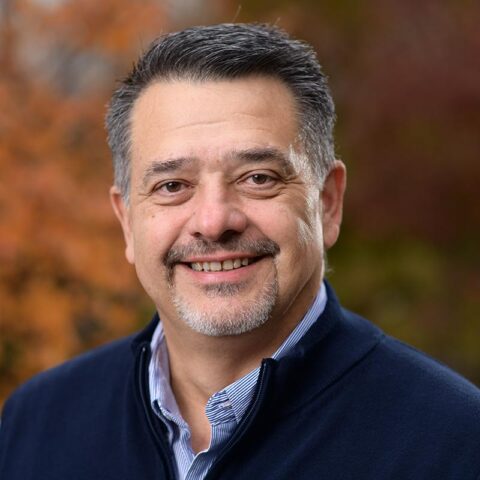 “I do believe that progress has been made in bringing attention to the need for affordable capital in Indian Country through the hard work of so many, but the work is far from over. I am very grateful that our tribal communities have been included in what could be a historic flood of federal resources to Indian Country. NCN will continue to work as hard now as we have been for many years, to ensure Native Americans are not forgotten. I do believe with the significant amounts of capital that is flowing into Indian Country and America, this has created a new and heightened awareness of how important CDFIs are to the national and local economies. Native CDFIs in many cases are the only financial institutions serving Native communities. I would like to express my gratitude to the public, private and philanthropic sectors for hearing the voice of Indian Country and investing in Native CDFIs. I ask for them to continue to hear our voices and continue to support and invest in Native CDFIs and the Native communities we serve. One thing for certain is that Native CDFIs are very powerful, they deliver hope and most importantly affordable capital and financial services to the most underserved areas of America. For lasting change, this inflow of capital to Indian Country cannot be a one-time event, it must continue for years to come. This is a good start.” 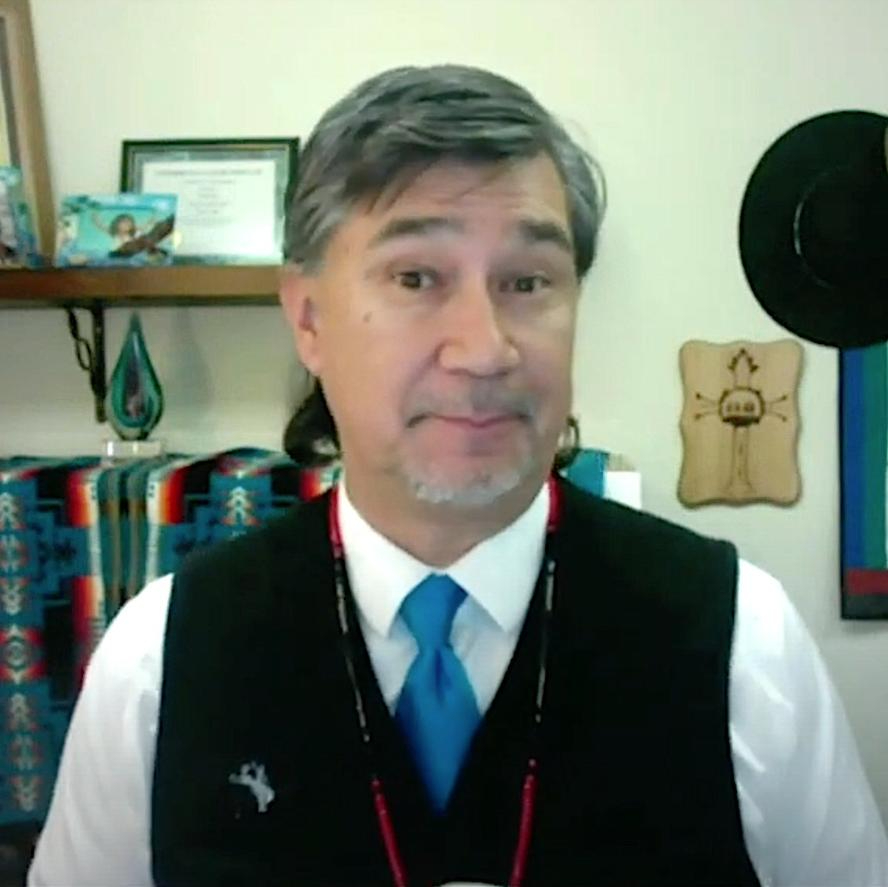 “While I certainly hope that the recent influx in capital to Indian Country will bring a lasting change, I am hesitant to get my hopes up. Unfortunately what I believe is needed is not necessarily a momentary increase in capital but instead we need systemic changes to policy. Especially at the Federal level. Native CDFIs have been fighting for years to be included in things like the New Markets Tax Credit program. This is a program that is already settled and proven at the National level. However, the only organizations who can actually access this are a select few, almost hand-picked, large non-Native finance institutions. The barriers for this program have been set so that only those who are “part of the club” are allowed in. While the system “says” we can apply, the reality is that you have to already be a member of “the club” to be successful.

“Other changes to Federal programs like the SBA need to happen. Unfortunately the SBA seems to play by their own set of rules. For some reason the SBA does not communicate with programs like the USDA or HUD. Federal programs such as USDA and HUD understand Tribal Sovereignty and have made adjustments yet not the SBA. They pay lip service by employing a liaison type officer, however, that position carries no authority to make or even ask for changes to policy.

“Native CDFIs have been blazing new trails all across the land. We have been deploying millions of dollars in capital, responsibly, throughout Indian Country. Creating small businesses, addressing housing needs, and expanding our own abilities to make significant changes locally. These efforts are strengthening Indian country in particular and surrounding communities in general. Native CDFIs are independent financing entities who could be playing even larger roles in financing economic development projects in our communities if existing policies are tweaked even just a little. We (Native CDFIs) have demonstrated an amazing ability to do much with little. We are currently at what could be an amazing turning point for Native CDFIs to become major players in our own communities and thus further cement the concept of Tribal autonomy. It would be a shame if, while we are so close, to lose this momentum and end up falling back into a pattern of dependence upon larger non-Native institutions.

“I do have hope. Though it is a guarded hope, it is still hope. Hope that some of us who have been pounding the gavel for change will be able to see such change in our lifetime.” 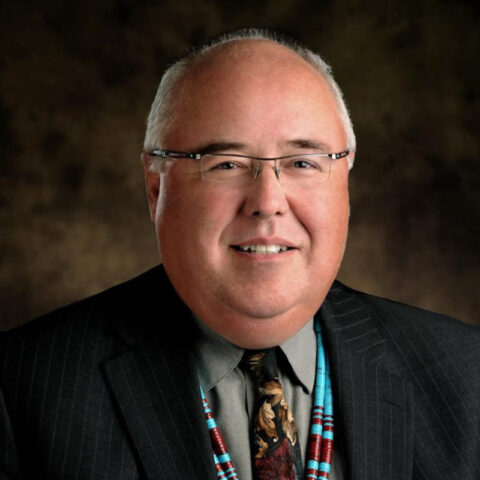 “Certainly, it feels like a once-in-a-lifetime event of new resources for all of Indian Country!

“For our fledgling organization, we received some key assistance from our Tribal government’s CARES Act funding.  We received funding for COVID measures within our office renovation, including a drive-through window for clients, technology aspects for remote classes/training, viral air filters, and personal protective equipment.  We also received funding for small business grants to our roughly 32 Indian-owned small businesses we processed and distributed prior to Christmas, 2020.

“From a regional standpoint (I’m also president of the Affiliated Tribes of Northwest Indians Economic Development Corporation), we were able to secure various sources of funding last year in the height of the pandemic which allowed us to provide new resources to Indian-owned small businesses (many of whom we had no prior relationship with), funded additional loan capital, and staffing support.

“Currently, we are actively engaged with the pursuit of the State Small Business Credit Initiative (SSBCI) that was opened for Tribes with an overall allocation of $500 million within the American Rescue Plan Act. I’m participating in Treasury webinars explaining how the funding would work and helping distribute information to our Northwest Native Lending Network of other Native CDFIs in our region. Treasury officials have been very open, supportive, and helpful but they are limited by the SSBCI statutory limitations.  The required leverage ratios are made more complex with little or no banking or financial community on Reservations.  We fear the administrative burdens on small Native CDFIs like us will be difficult to handle.  My view is that it was all the best intentions to include Tribes in this particular funding, but we were “shoehorned” into a program designed for State governments.

“What we’ve found is that because funding is channeled through Tribal governments, some Tribes have no existing or no relationship with Native CDFIs serving their communities.  The best platform for these resources is Native CDFIs but this makes the opportunity a challenge.  Likewise, Tribal governments have their hands full making their allocations of CARES and ARPA funding into allowable uses.

“All that said, I feel like the core objectives of living and thriving through the pandemic will be greatly advanced with the opportunities and energies of Indian Tribes.  Tribes, I believe, are strong and growing local governments within the tapestry of other jurisdictions.  Having these unprecedented resources is important but just the recognition of inclusion and trust is huge.” 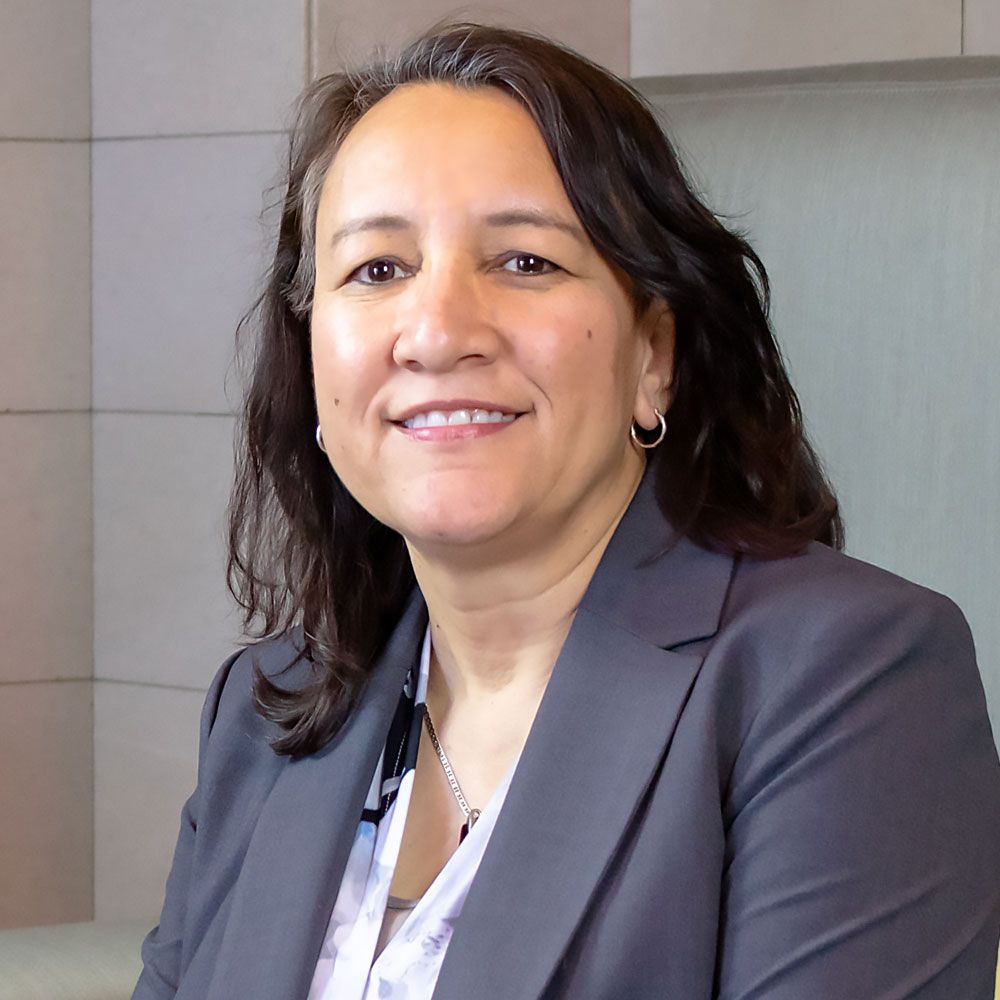 “In order for the infusion of capital to produce long-term change, I believe we need to see a supported system to lend, grant, and invest into tribal communities. This support could come in the form of technical assistance, mentorship, and peer support. Technical assistance provides the tools, processes, and guidance critical to small business owners so they can thrive. Mentorship gives business owners direct support from experienced business professionals meeting them where they are in their business cycle. We work with a lot of entrepreneurs or solopreneurs and by being a part of a peer network or community, they are less likely to experience the isolation that comes from owning a business. Additionally, spreading out the capital to various sized businesses, both on and off tribal lands, will also build equity into the offering.” 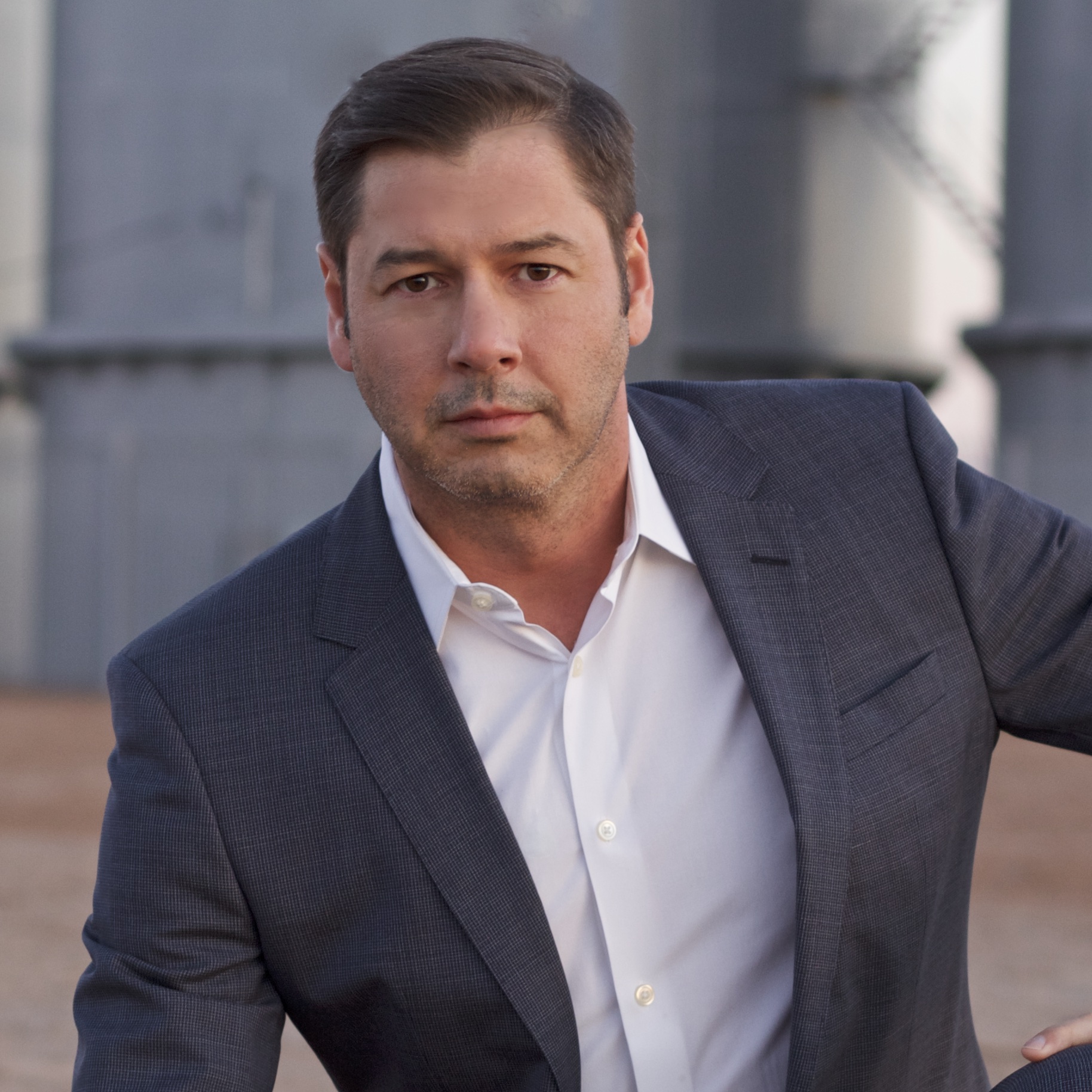 “Access to capital has long been one of the biggest challenges facing Indian Country.

"There’s no question the influx of capital into our communities will be a tremendous help. The key will be ensuring it goes to the people and places that need it the most – and that they are prepared to utilize these resources to the maximum benefit of their tribes and their businesses.

“The National Center looks forward to working with stakeholders so they have access to the training, resources, and expertise needed to turn these one-time infusions into long-lasting investments.” 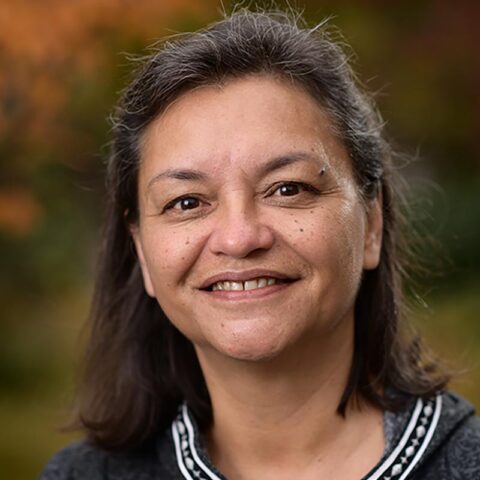 “The levels of funding and attention to Indian Country is unprecedented, as are the levels of federal resource investments in every other sector. What is true, our tribal communities have been included in what may be a once in a lifetime transfer of federal resources to main street America. At NCN we believe a sea change is already beginning, which is a greater awareness in the country, in the public, private and philanthropic sectors that Indian organizations across the board, are solutions oriented, and are excellent vehicles to invest capital to move our local economies that benefit all surrounding economies.

“The sea change we are seeing and hope continues is the growing awareness nationally that what’s good for Indian Country is good for the entire country. Native CDFIs for example, are exactly the right vehicles to deliver capital to underserved areas where so much potential to contribute to the country’s economic recovery exists! We are an excellent bet for capital markets looking to impact a double bottom line.” 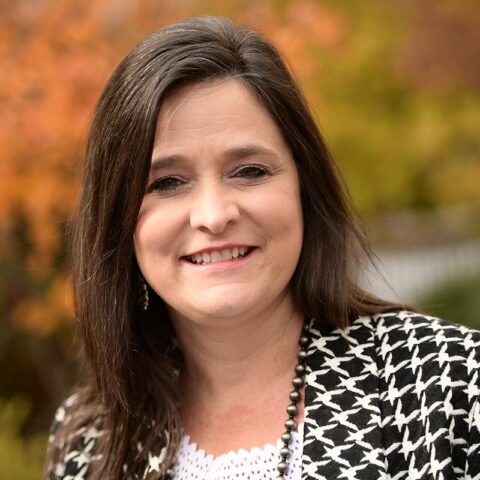 “It is hard to say that the new funds will have a lasting change, if relationships are formed and the donor’s mission is being met, hopefully support will continue over time. NCDFIs should seize the day, as they say.

“My hope is that we see a sea of change.

“To create a lasting effect it is important to make quality loans that will be repaid, so to further capitalize the revolved funds for future clients.”